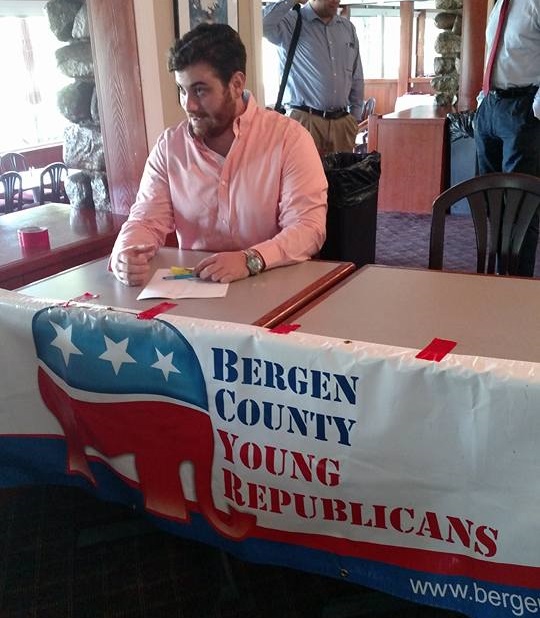 Dubbed “The Minions” by the opposition heading to the June election, the Bergen County Young Republicans played a pivotal role in the election of Paul DiGaetano as chairman. Chairman Matt Gilson declared his support of the future chair as far back as March 2015 hosting a fundraiser honoring him to begin his tenure as chair.

Throughout the grueling and divisive campaign, the YRs stood united and strong behind DiGaetano. After winning, the new chair declared them back as an integral part of BCRO and promised to do what he could to make sure they thrived.

Last night, Chairman DiGaetano took his most overt step forward in that regard naming BCYR Treasurer Carlo Ghione as the next Executive Director of the BCRO. The BCRO had been operating without an Executive Director since the departure of the previous chairman and had been working as an volunteer operation. Ghione, also a law student, will work at a “significantly reduced” salary in order to ease the financial burden on BCRO.

Just in time for the fall campaign season, Save Jersey has learned that Chairman DiGaetano is hiring Giancarlo ‘Carlo’ Ghione of Lyndhurst to serve as BCRO Executive Director.

Carlo, age 24, is treasurer for the BCYRs and a veteran of both former County Executive Director Kathe Donovan’s campaigns and DiGaetano’s June county committee victory. The right hand man of BCYR Chairman Matt Gilson and District 37 Tom Toscano, brings a wide range of knowledge and experience to the table.

A second year law student at New York Law School and the son of a former police chief, he had long been rumored to be the frontrunner for the position due to his ability to continue to recruit young members to the party and a vast knowledge of technology and the new age skills needed to thrive in politics today.

“I could not be happier to accept this position and get things moving toward November,” related Ghione when reached for comment by Save Jersey. “I, along with the rest of the YRs believed Paul was the best man to lead us forward and I look forward to helping him implement that vision of a more inclusive and expanding party.”

The party has outwardly exuded new energy following the change in the guard but a tough fall race remains with presidential-level turnout creating challenging conditions for Republicans candidates.

According to one high-ranking party official, “Ghione represents the ultimate pick for the BCRO, someone with the skill set and knowledge to lead the party forward and the fresh perspective few other picks with such experience would have.”