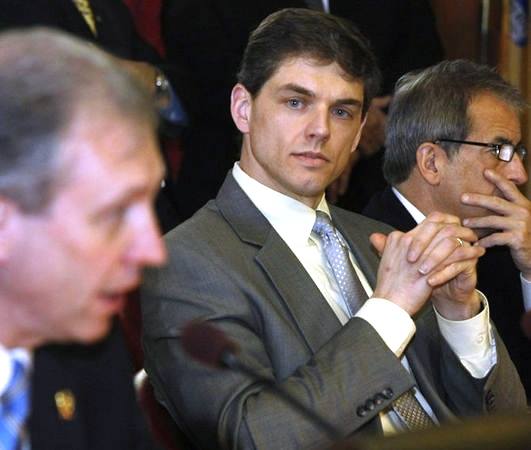 New Jersey’s number one problem is its terrible tax burden, and it does us absolutely no good to make that worse. The backroom deal struck last week would impose a massive, front-loaded, immediate, and permanent 160 percent gas tax increase on New Jersey’s overtaxed residents in exchange for still-fictional tax reductions that already stand on shaky ground.

There’s a $500 million tax increase in the next few months alone and many billions more in tax hikes following close behind.

Even under a best-case scenario for taxpayers, where the deal’s every promised tax reduction is implemented and holds, the 8-year plan will still mean a net tax increase of as much as $505 million for New Jerseyans already drowning in taxes, according to the fiscal analysis of the nonpartisan Office of Legislative Services. A tax hike of a half-billion dollars holds no ‘tax fairness’ for the most overtaxed people in the nation.

But there’s a bait-and-switch already built into this sham tax trade-off proposal. The Democrats already have announced that they will revoke the estate tax cut phase-in when and if they get control of the governorship after 2017. We’ve seen this bad movie before: no sooner will the gas tax go up than will a Trenton drum-beat of ‘we can’t afford the tax reductions anymore’ begin. The Democrats will grab back that revenue because they refuse to control their spending, the tax trade-off deal will be tossed to the wind, and New Jerseyans will be left with an even worse tax burden. Ask middle class New Jerseyans and they will tell you that it is the tax relief that should be full, immediate, and permanent, not the tax increase.

Remarkably, what is still missing on the Transportation Trust Fund is any attempt at all to address the outrageous costs of building and maintaining New Jersey roads. Under the NJDOT’s own numbers, New Jersey’s roads are the most expensive in the nation, an extreme outlier even among our neighboring states. Any solution to the Transportation Trust Fund should include real and credible savings and efficiencies so that New Jersey’s taxpayers will know that their money is being spent wisely.

For those reasons, among many others, I will be voting no tomorrow, and urge my colleagues to do the same.