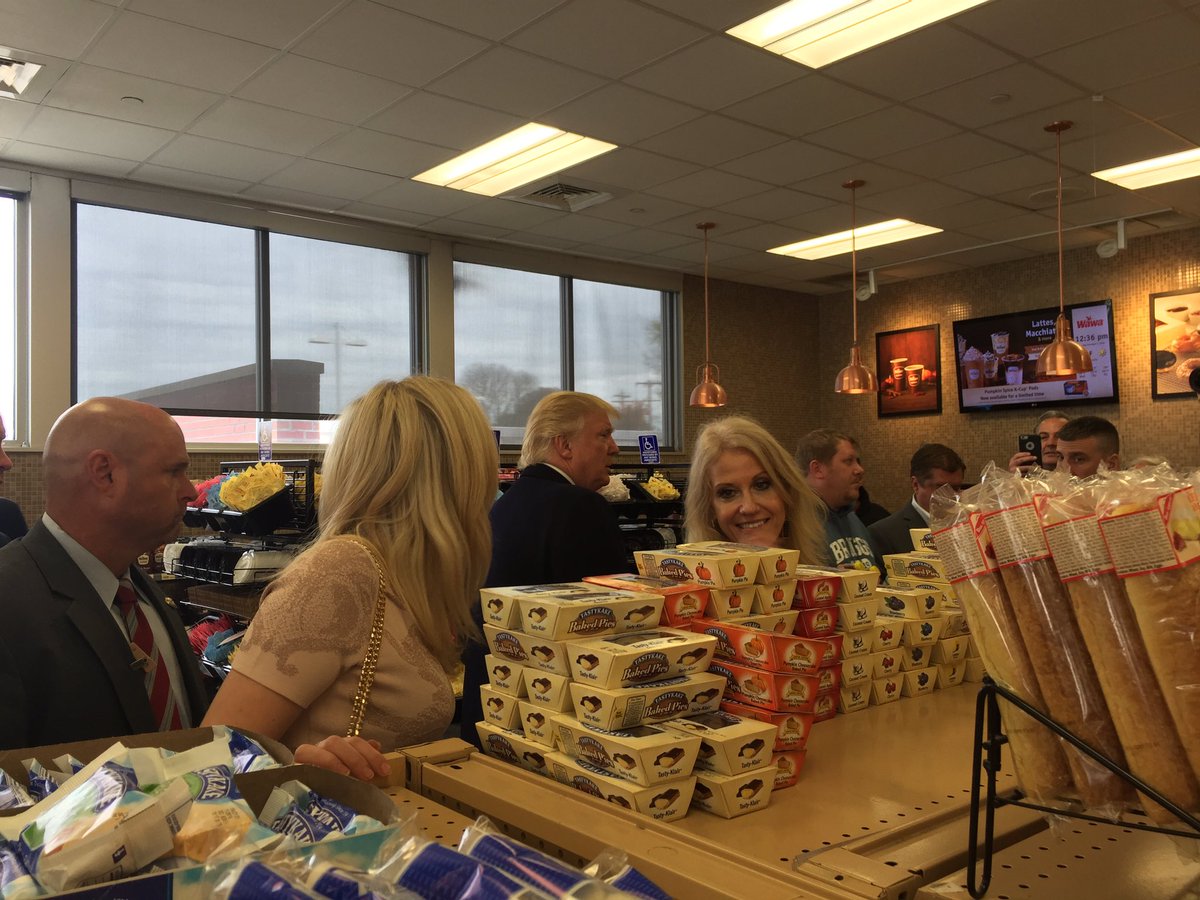 Donald Trump’s campaign manager is a South Jersey native, Save Jerseyans, so when the candidate stumped in Eastern Pennsylvania on Tuesday, the entourage couldn’t resist a Wawa stop.

The Donald reportedly bought some Tastykakes for the road:

This is easily the LEAST controversial decision Team Trump has made all year.

The beloved convenience story chain is no stranger to national politics. Mitt Romney visited a Delaware Valley Wawa during a 2012 campaign stop and marveled at the deli’s touch-screen technology.