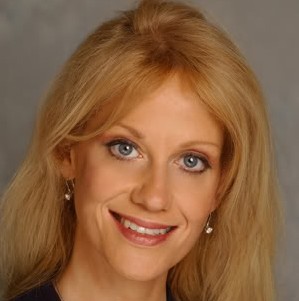 Veteran New Jersey pollster and operative Kellyanne Conway catapulted to national fame when she took over a floundering Trump campaign and helped lead the Donald’s movement to victory in November.

Next up for the South Jersey native?

For now, she’s coming home for a short stay to lead the Hammonton Fire Department Christmas Parade as its grand marshal. The celebration is part of the historic Atlantic County farming community’s Hammonton’s 150th Anniversary celebrations. “We are thrilled that Kellyanne was able to take the time to come back home and join us for such a special event. We are so proud of the good work she is doing with the President-Elect and look forward to presenting her with a key to the Town of Hammonton,” explained Councilman and local firefighter Mickey Pullia in a statement.

Pullia, a Republican, reportedly led the effort to facilitate Conway’s participation in the deeply-GOP rural-based community.

The parade is scheduled for 7:00 PM on Saturday December 10th; Conway will receive the key to Hammonton at the end of the ceremonies featuring dozens of “fire trucks, classic cars, bands, and other holiday-themed entries” which you’d expect to enjoy in a uniquely New Jersey holiday spectacular. Go if you get a chance, folks.

Conway was actually born (Camden) and raised (Waterford) in Camden County, but the future political heavyweight has since opined that “[e]verythign I learned about life and business started” during her eight youthful summers working on a nearby Hammonton blueberry farm.

For those of you who don’t know, Hammonton is known as the “Blueberry Capital of the World” and, since the 1980s, has hosted an internationally-recognized Red, White and Blueberry Festival.

Kellyanne (who, let’s be honest, is as beautiful as she is talented) actually won the New Jersey Blueberry Princess pageant at age 16 and, at 20, she placed first the World Champion Blueberry Packing competition.

So Jersey. Gotta love it!