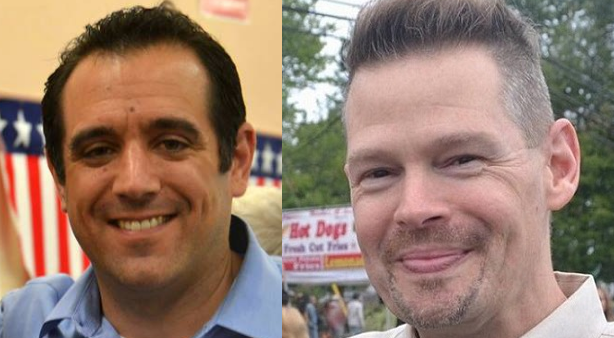 Republicans still stinging from the parties’ 2015 LD38 collapse are hoping fresh faces — led by a veteran Bergen GOP campaigner  – is the way to put this traditionally competitive district back on the state-wide target map.

Save Jersey sources close to the BCRO have relayed that New Milford Attorney Matt Seymour and Fair Lawn Pastor Christopher Wolf are the party’s favored nominees for the this June’s primary. Both men have submitted letters of intent to the county committee in this Bergen-dominated district.

Seymour is new to the LD38 scene but recently caught party chieftains’ eyes when he lost a local council battle by only a whisker; Wolf leads the First Reformed Church of Saddle Brook.

If nominated, they’ll face the incumbents Tim Eustace (D-Maywood) and Joseph Lagana (D- Paramus). Eustace survived a close call in 2013, hanging on by only a handful of votes, but the pair got lucky in 2015 when one of the two Republican hopefuls was forced to withdraw from the contest.

The party’s presumptive choice for State Senate is Fernando Alonso who came close to unseating veteran Democrat Bob Gordon back in 2013.