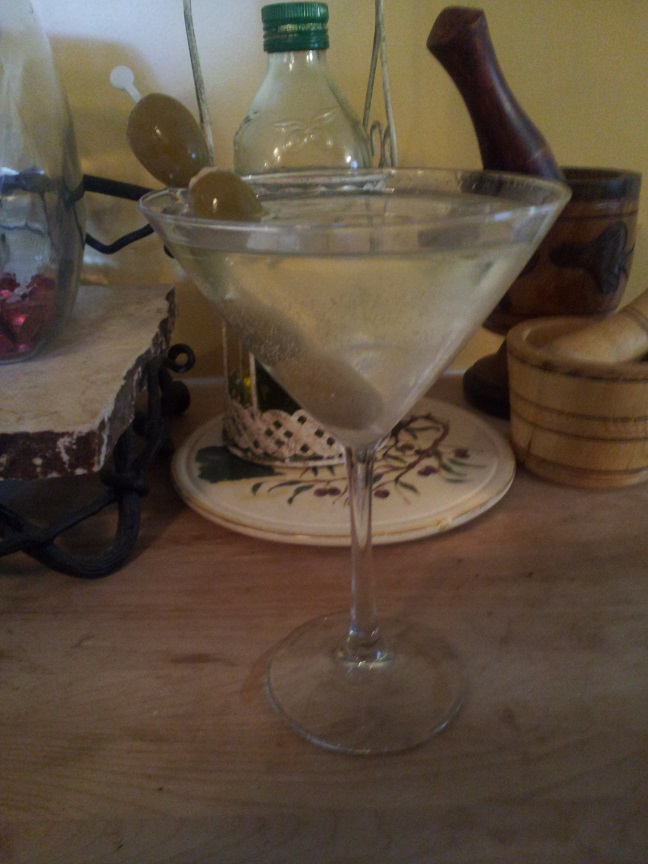 The well-prepared martini is the perfect cocktail, no questions asked. It is my adult bevvie of choice whenever I dine out, and it’s also a staple concoction at the home bar. Nothing beats it to wash the dust of the road out of your mouth or to accompany whatever it is you’re eating.

And it goes with every food imaginable. A favorite snack of the late Julia Child were McDonald’s French fries accompanied by two very dry gin ‘tinis on the rocks.

Myself, I’m partial to vodka martinis straight up, just like Bond…James Bond. And in a confession that might strike 007 as incongruous, my taste for them came from the most unlikely of sources: my mother.

She was a connoisseur of good food and liquor who taught me to appreciate Dimple Pinch scotch before it became a hit when Breaking Bad’s Walter White was seen drinking it. And she taught me how to appreciate a great martini. But the specific ingredients and how I mix one are strictly my own. 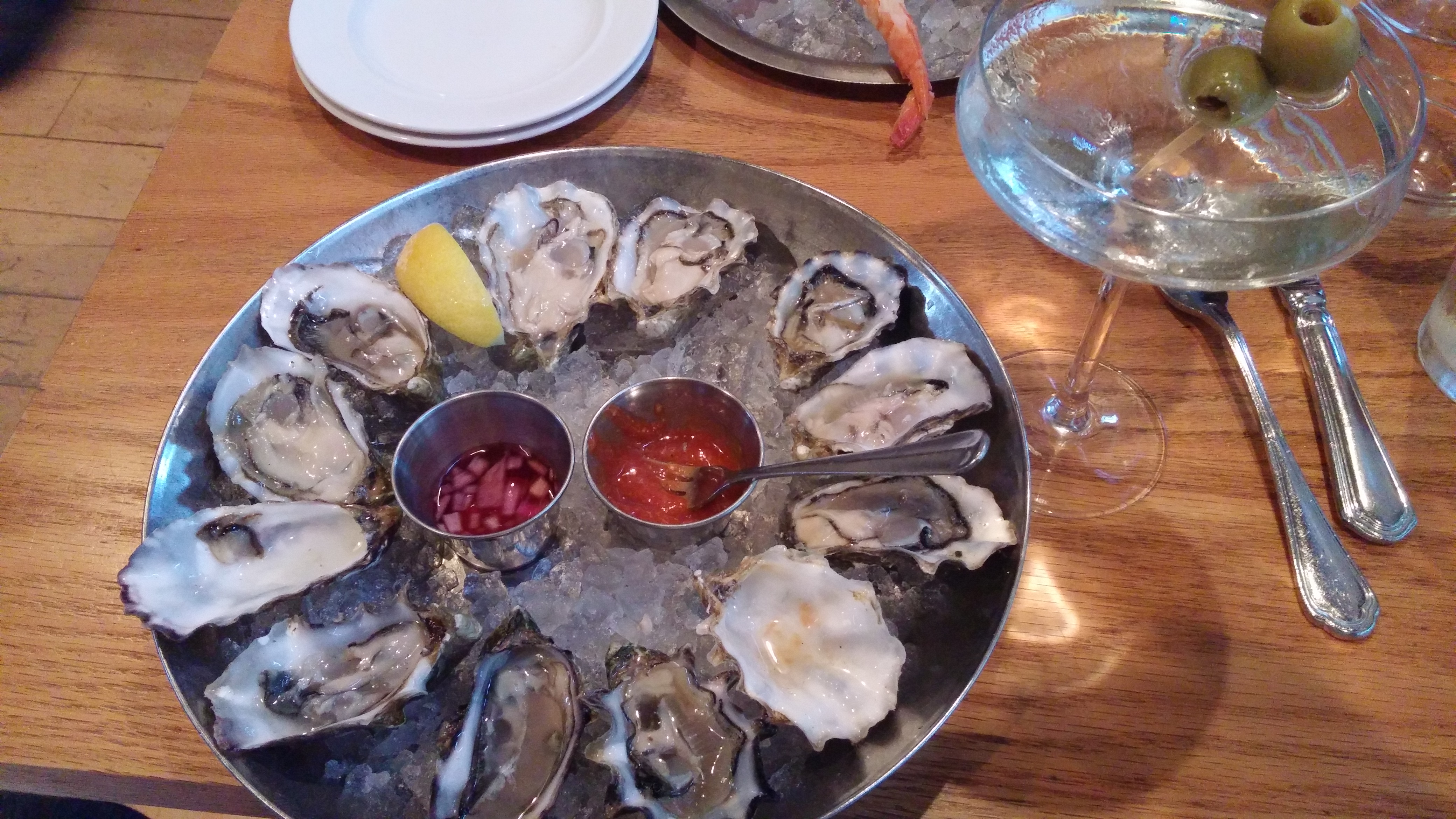 I use a metal cocktail shaker maybe three-quarters filed with crushed ice, though cubes will do. Eschewing shot glass measurement – real mean don’t measure or ask for directions – I go by the clock and pour one second’s worth of the driest vermouth you can find – I use Martini Extra Dry – into the shaker, and then, well, shake. After a few seconds, drain out all the liquid and discard. What’s left is ice ever so lightly coated with Vermouth that will give off the slight hint of citrus sweetness you want.

Into the shaker goes six or seven (or eight…make that nine) seconds of poured vodka, preferably good stuff like Gray Goose or Belvedere.   They have a silken-smooth flavor without the petroleum back-taste of cheaper brands.

But I’ve recently become partial to the point of requesting the popularly priced and Texas-produced Tito’s (Vodka by Comrade Joe Bob?). Besides, these days who doesn’t want to buy American in order to #MAGA. So, a Tito’s ‘tini it is. 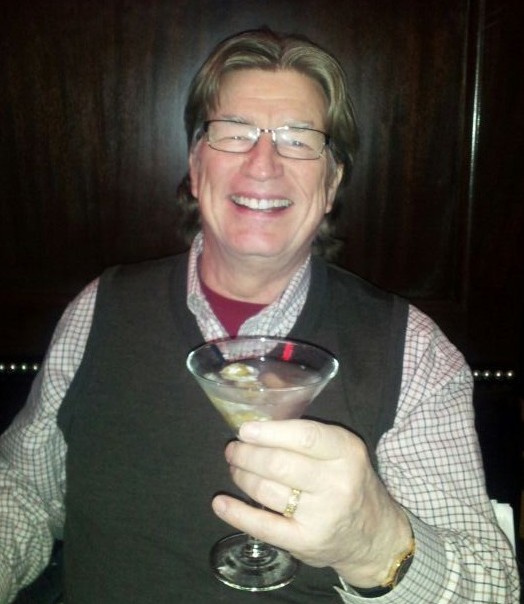 Shake until the shaker itself is frosted over with ice, and then strain into a good-sized martini glass. The drink should have just enough of a hint of ice crystals on the surface to assure you it’s cold enough. Plop in three or four colossal-sized olives, and you’re good to go.

I insist upon a clean ‘tini – no diluting it with olive brine or apple or other fruit juices or flavors because that’s an apostasy and borders on soda pop-flavored booze.

One of the great horrors of modern drinking is the advent of flavored liquors. Even the thought of pomegranate-infused vodka is enough to turn my stomach and cause me to think about – ONLY think about, mind you – taking the temperance pledge.

A word about olives. Some years ago, I was introduced to bleu cheese-stuffed olives in a martini at Hemmenway’s, a popular seafood house in Providence, RI. They’re featured in what they call the CEO martini, and I immediately became a huge fan. Since then, I always ask for, but seldom get, olives done that way. 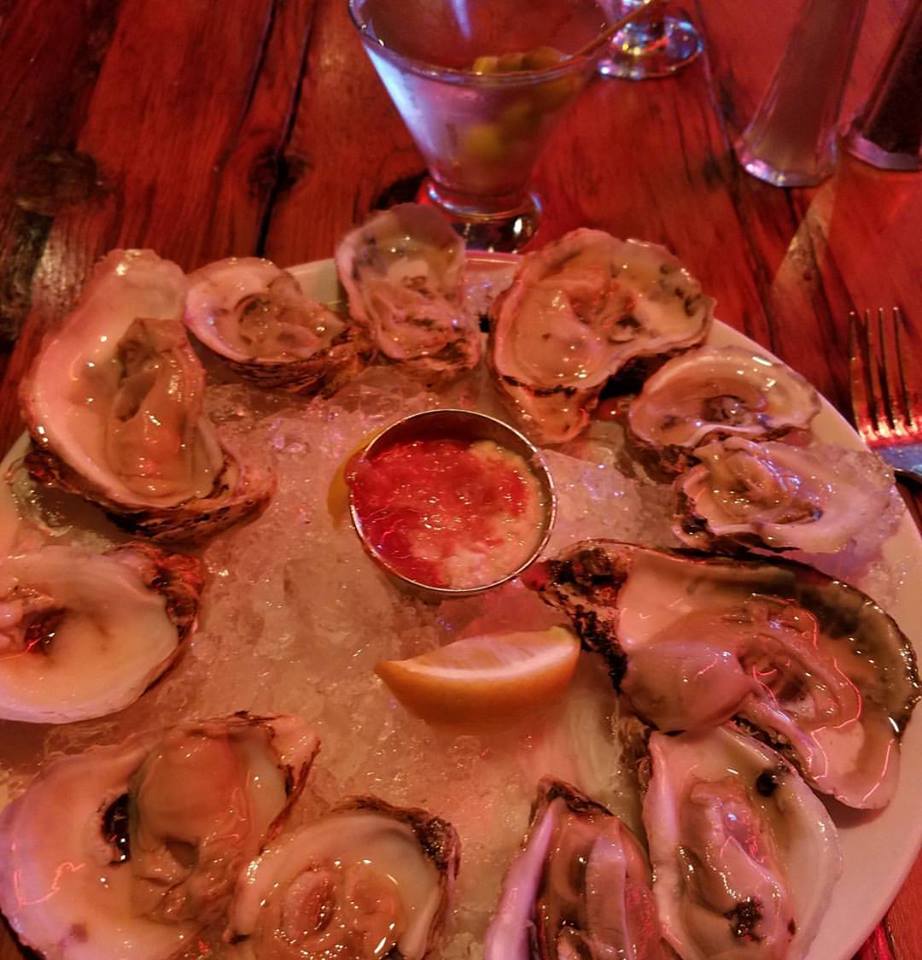 A couple of years ago, I meandered into the bar at the Ritz-Carlton at Tysons Corner in McLean, VA and ordered one. When I asked if they had bleu cheese-stuffed olives, I was told, “But of course.” Died and gone to heaven.

One summer while visiting family in Seattle, my youngest daughter and I went into Elliott’s Oyster House on the waterfront for a drink, and I asked. My disappointment at being told they didn’t was momentary since the bartender immediately said, “But let me see what I can do.” In a few moments he came back with olives he had stuffed himself – HIMSELF! Talk about service, and talk about the tip he got. I’m still trying to remember if I had two or three.

Locally, Montclair’s Halcyon Brasserie, a top-flight seafood restaurant, has them regularly on hand. Not to mention, the bartender’s there mix a mighty manly drink.

You can buy prepared bleu cheese-stuffed olives for your home bar, but they’re not the same. The cheese has a hardness that renders them far less flavorful. While it’s labor-intensive, hand-stuffing them with fresh cheese is the way to go. 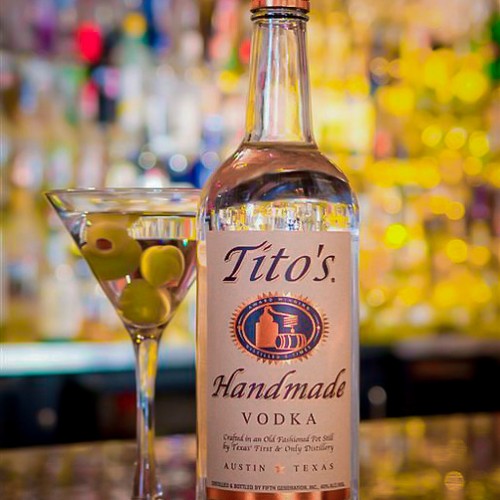 Speaking of oyster houses, one or two dozen on the half-shell is the perfect pairing to the perfectly prepared martini, which is why a lot of places where I drink them also have a raw bar.  The pop of a Washington state Willipa Bay oyster with its sweet-briny taste or a big, luscious Malpeque from Prince Edward island, Canada – really, any of the hundreds of varieties of North American shellfish – washed down by an ice-cold, desert-dry martini is the best thing ever.

Special note should be made of the consistently excellent selection of both east and west coast oysters plus a knowledgeable wait staff who know the oyster geography of the Pacific Northwest (with a little coaching from yours truly) at Halcyon. Plus, the best Spanish paella I have ever had without exception.

My good man – another round, here, if you please! And a dozen more of those oysters.