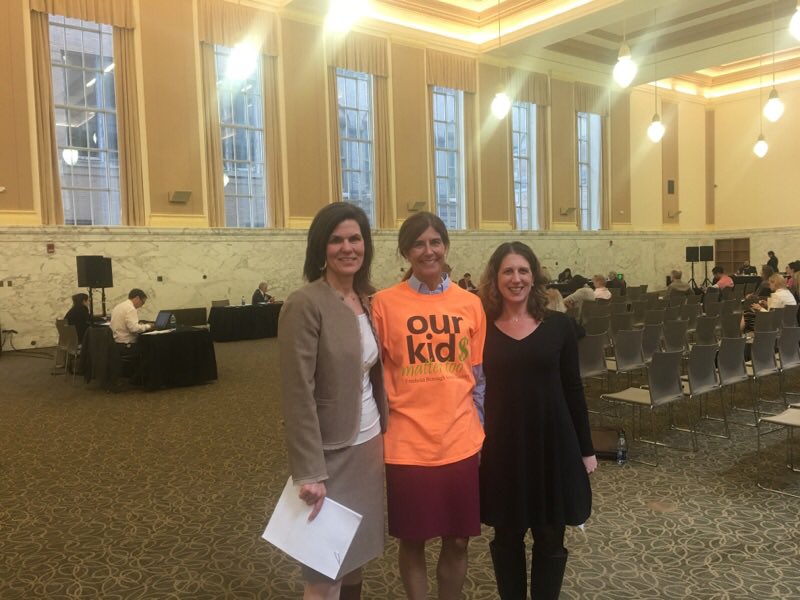 State Senator Jennifer Beck (R-11) is making school funding a central plank of her 2017 reelection campaign platform, Save Jerseyans, so she showed up with Monmouth County education leaders ready to fight at today’s public budget hearing conducted by the Senate Budget & Appropriations Committee in Newark.

“We have over 100 underfunded school districts that have seen significant enrollment growth without a corresponding state school aid increase, leading to substantial educational challenges.” Beck said. “At the same time, approximately 200 school districts that are more than 10 percent above the funding standard continue to receive more state aid despite enrollment loss. This school funding disparity is a critical issue that the Legislature must address to protect both students and property taxpayers.”

The disparity is dramatic.

Approximately half of New Jersey educational funding aid is dedicated to 5% of our school districts. Which districts? The poorest receive around 30% more funds than the others.

Economically modest communities also get the short end of the stick. Freehold Borough Schools are 572 students over capacity but funded 38% below adequacy; Red Bank saw 22.9% enrollment growth over the past seven years but is nevertheless funded 34% below adequacy.

“This issue is larger than just Red Bank and Freehold Borough. With approximately 140 school districts more than ten percent below adequacy we must address the funding formula to ensure that districts with triple-digit enrollment growth don’t receive less funding than those losing enrollment.” Beck added.

Beck is facing off against former Monmouth Democrat Chairman Vin Gopal in November. Her race is expected to be among the state’s most competitive.