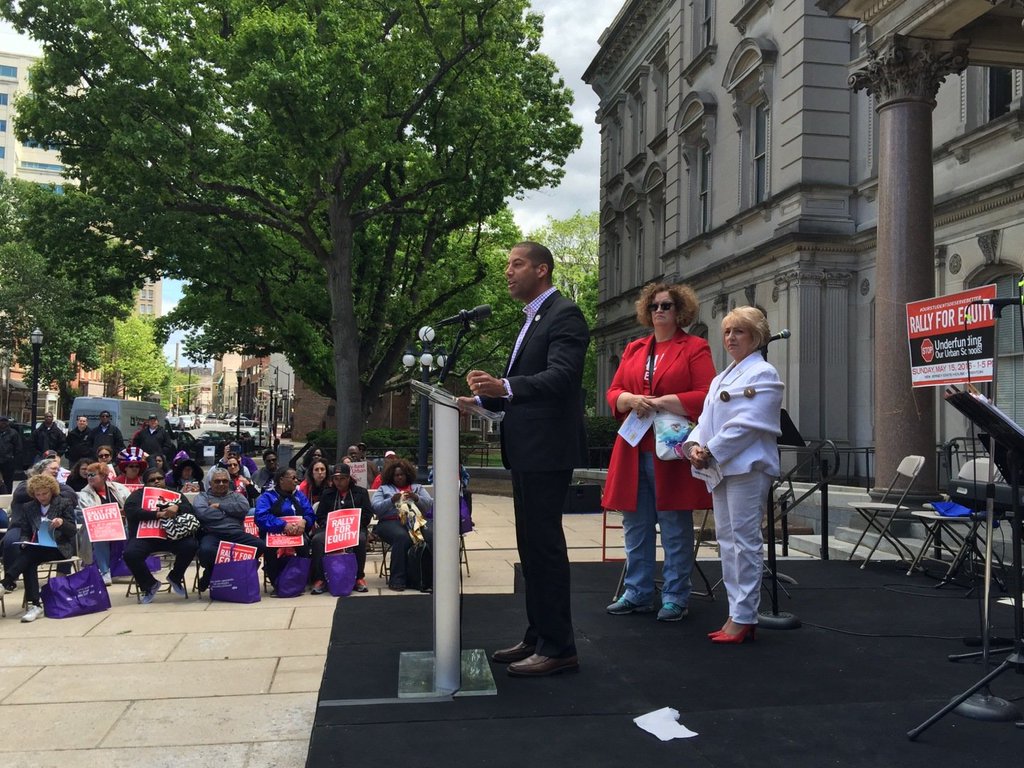 Even the Lord rested on Sunday, Save Jerseyans, but the New Jersey (Mis)Education Association (or “NJEA”) took to the State House steps yesterday to complain – believe it or not – about the alleged under-funding of urban school districts.

“Trenton and other urban districts have been struggling financially for more than five years. Gov. Christie’s FY16 State Budget marked the eighth year since New Jersey’s School Funding Reform Act (SFRA) was enacted and the seventh year in which it was not being properly funded,” the press release for Sunday’s #ourstudentsdeservebetter rally explained. “The added financial drain of charter and/or renaissance schools in our urban centers has led to repeated fiscal crises.  These catastrophic reductions have resulted in the closing of schools, the loss of jobs, as well as privatization and outsourcing of related services for students.”

No, you didn’t accidentally navigate to The Onion, folks.

These clowns are serious.

Back here in Realityville, USA, the truth is altogether different but no less scary for New Jersey’s children and the taxpayers who support them.

The facts? Roughly half of New Jersey educational funding aid goes to 5% (not 50% of 15%) of our school districts. Which districts? The poorest receive, on average, approximately 30% more money than the rest.

“Taxpayers in Paterson pay 30 percent of the districts local fair share, while they pay 83 percent of fair share in Red Bank,” Assemblyman Declan O’Scanlon, a Monmouth County Republican legislator, explained during an April 2016 budget committee hearing. “Paterson is below adequacy by 16 percent, and Red Bank falls 30 percent short of adequacy.”

Declan’s county serves as a great example to debunk the NJEA’s nonsense. In Asbury Park, we’re spending somewhere in the neighborhood of $30,000, per child, per year, for a K-12 public school education. In the wealthy nearby bedroom community of Rumson?

So the NJEA is right in only one respect, Save Jerseyans: New Jersey’s school funding formula is a travesty. Unfortunately for everyone involved, that’s where the facts ends and the self-serving tactics of our state’s most powerful public sector union begin.