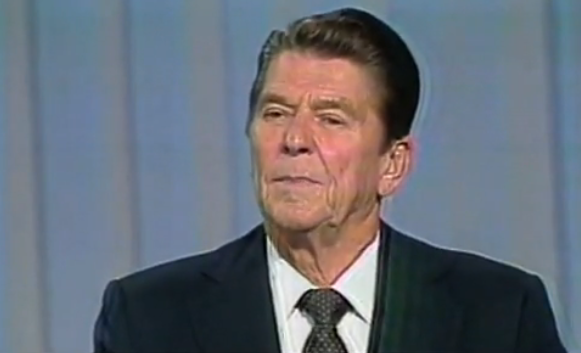 Is that a shocking enough headline for you?

I know there are conservatives and blue dog Democrats alike reeling in horror right now. Let me make my case and you can call me anything you want after.

Ronald Reagan, originally an actor and president of the Screen Actors Guild, slowly morphed from a borderline “B” actor into the powerhouse in politics we remember him as. First, as governor of California, he led the way with a fairly moderate agenda of tax hikes and freezing of governmental spending. Ironically, this is the opposite of what he did as president, but we’ll get back to that momentarily. He was a two-term governor who I would call a successful governor, if not as the conservative he would later become.

Reagan seemed to have aspirations to run for president, even mulling a run against Richard Nixon early on in his political career. Eventually, after a disastrous Jimmy Carter presidency, Reagan was able to gain enough support to defeat his rival who became his vice president, George H.W. Bush. If you’re old enough to recall these debates (and since I wasn’t around to recall them I’ve looked them up), their platforms were fairly moderate: tax reform, less regulations, pro-life, pro-immigration, and peace through strength.

I believe these are admirable goals.

President Reagan started his presidency with broad tax reform through the Economic Recovery Tax Act of 1981. This effort was led in Congress by a former Buffalo Bills’ quarterback and New York representative, Congressman Jack Kemp and a Delaware representative, Senator William Roth. It was the greatest tax reform since President John F. Kennedy’s time in office and very much needed as tax rates were choking the economy at the time.

This is about the time things go off the rails and what leads us to my case against Ronald Reagan.

Next came the Tax Equity and Fiscal Responsibility Act of 1982 which neutered the effects of the Kemp-Roth tax cuts. As tax revenues declined, the spenders got nervous that their source of revenue was dwindling. The years progressed and attempts at balanced budgets occurred but nothing seemed to curb the endless cycle of spending and taxes which, overall, weren’t very much lower than when Reagan took over the presidency. 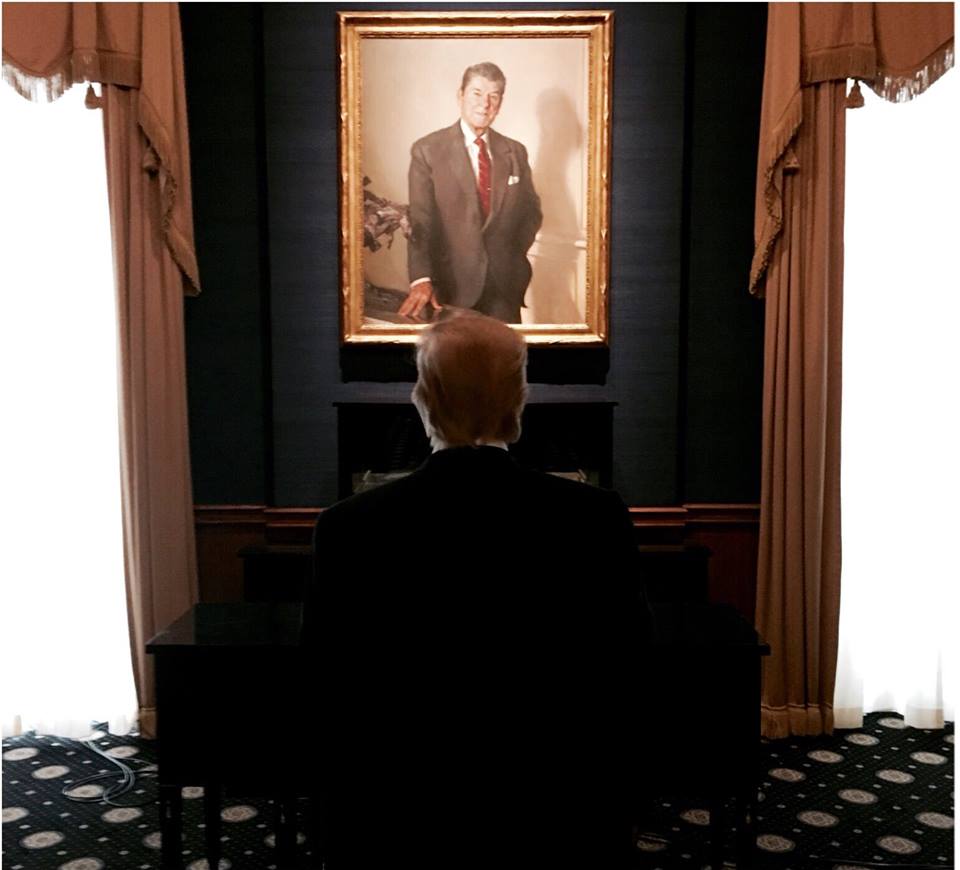 So the entire Reagan legacy was a sham. He talked the talk, but couldn’t walk the walk. You could argue that the Democratic Congress didn’t help him, but is that truly any different from what many Republicans in New Jersey and around the country claim today? Legislators constantly insist that we need to work with Democrats. And I agree we should on issues where we have common core convictions, such as civil rights. But when it comes to taxes and appropriations policy, Democrats always win if we spend more because that gets us closer to a big government solution. Yet many Republicans embrace this compromise all the same… like Reagan did.

Let’s look to today. Republicans are getting older. The party has an undeniable identity issue in attracting young voters and young candidates. A lot of this is due in my view to the lingering impact of the Reagan old guard. We’re clinging onto the belief that the Reagan Revolution was this ideal time, almost mythical in character, and all we need to save us now are people from that time, or in the mold of that time, to bring us back to it when, in fact, it was only moderately different than what we are experiencing today.

The only difference is the stakes and debt are higher. Republicans have also decidedly shifted to a much less freedom-oriented agenda on social issues and peace through nation-building wars. As a result of this shift, we have become a party of anger, authoritarian impulses (read: DOMA, which was conservative social engineering) and the wrong type of compromise. There is no better example of this trend than to look at what so-called Reagan Revolution Republicans crafted behind closed doors, the American Health Care Act, which is just a Republican spin on the big government Affordable Care Act.

Were Republicans successful this election? Without a doubt they were. But they went up against one of the all-time least popular presidential candidates and still couldn’t reach a plurality of voters in the presidential race. And government is only growing every year, and with it abuses by elected officials and secrecy are becoming more commonplace. And the U.S. Constitution is becoming merely a suggestion on governance, rather than the law of the land.

Eventually? We will lose election after election if we don’t bury the Reagan Revolution and start getting younger, more liberty-oriented candidates who can reach across the aisle on issues of freedom and create actionable change. I implore the New Jersey Republicans and the Republican National Committee to embrace this change before Democrats march us down the path of European socialism that will never be undone. Let us start the Freedom Revolution, stop using the power of government, and become a part of the relevant culture once again and encourage other parties to work with us on issues of liberty.