LD40: Buttimore Pounds the Pavement in His Cedar Grove Home Base 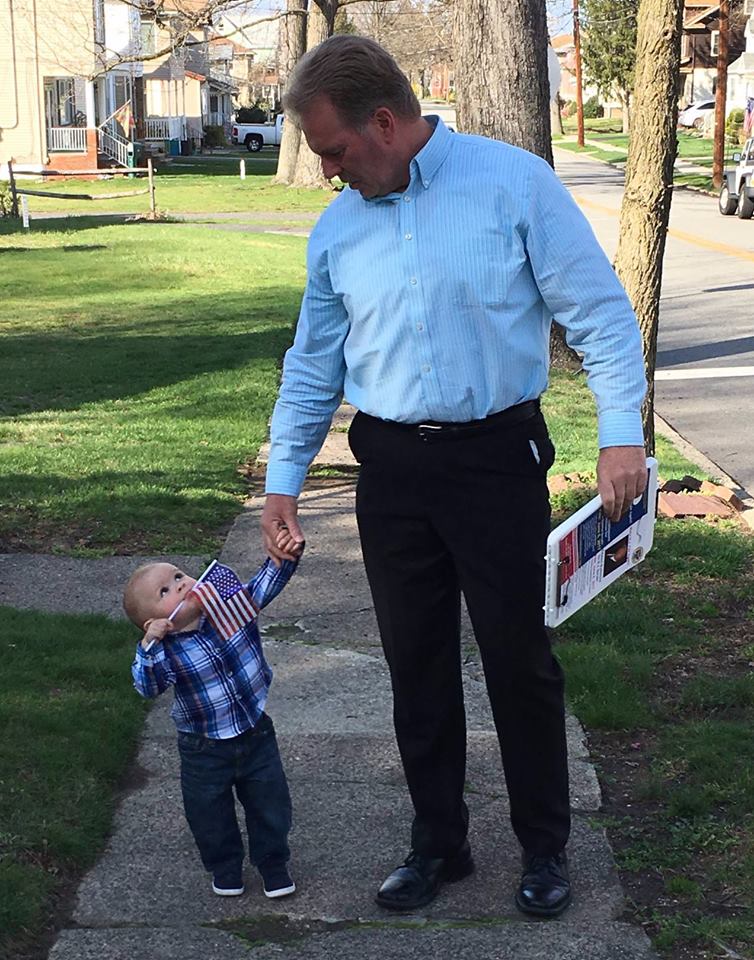 Edward Buttimore knows he’s running uphill, Save Jerseyans, but the long-time Cedar Grove resident — where retiring LD40 State Senator Kevin O’Toole once served as mayor — believes pounding the pavement will serve him well in the race to represent the Northern New Jersey district in the State Senate.

“I was out in Little Falls and Cedar Grove today talking to voters with my favorite Senate campaign volunteer, my grandson. At 13 months old I think he’s liking this, but he seemed a little hungry,” Buttimore told followers via Facebook on Wednesday. “I think an ice cream reward would be just right. Property taxes, school funding and illegal immigration were the top concerns I heard from voters.”

LD40 – which is approximately 40% Bergen County, 50% Passaic and 10% Essex – is considered one of this spring’s most hotly contested primary battlegrounds.