GOP Freeholder Returns to Work After Donating Her Kidney 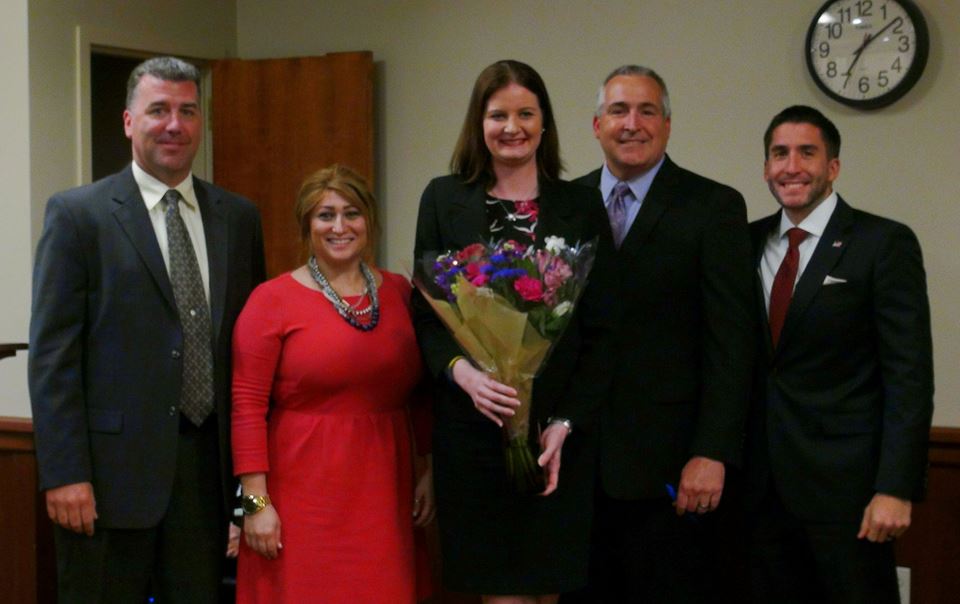 A twenty-year-old Medford, New Jersey woman (Jamie Westphal) reportedly underwent a successful kidney transplant back in March, Save Jerseyans, as part of a “domino transplant” involving a group of 18 donors and recipients from across the United States.

One of the prospective donors who initially responded to a Facebook plea offered on Westphal’s behalf?

At the end of April, Freeholder Hughes donated her kidney at the University of Pennsylvania as part of the chain (someone else got it since a closer match was reportedly found for Westphal), and a lot of people in need received a new lease on life.

After an extensive period of recovery, the freeholder board welcomed Hughes back to work on Thursday (see the photo above). The entire extended Save Jersey family congratulates Hughes for her selfless, inspiring act and wishes her, and the other donors and recipients, the best of luck as their respective recoveries continue.