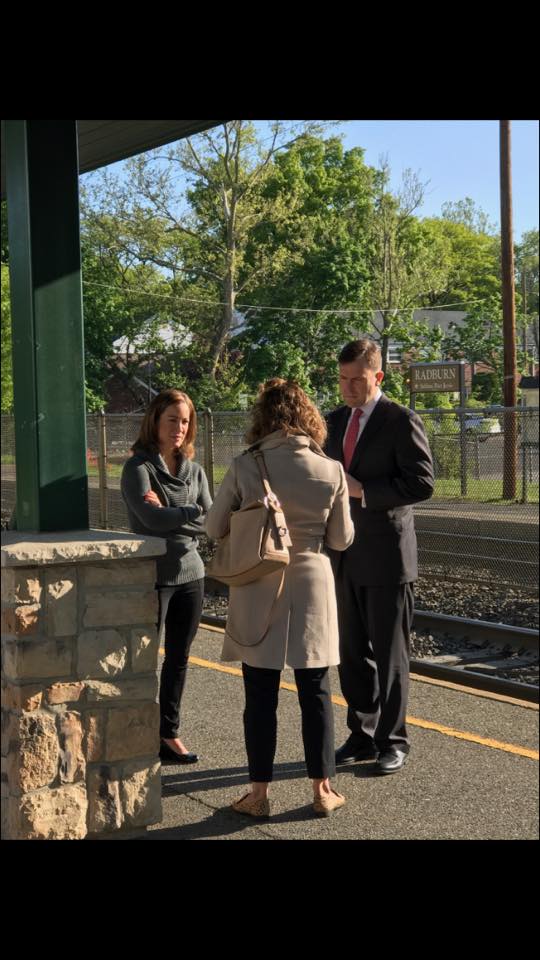 His 2017 opponent thinks he’s acting a little bit too much like a passenger.

Before Gordon’s trip got underway, Kelly Langschultz, Gordon’s Republican challenger in NJ’s 38th legislative district, was joined by Senator Tom Kean for the reliably-crowded 7:54 AM train from Fair Lawn to Penn Station. Langschultz has been vocal in recent weeks, criticizing Gordon’s seemingly lackadaisical approach to the NJ Transit commuter crisis.

“We’re not getting real representation from Senator Gordon on NJ Transit issues and that is probably because he isn’t having real-time experiences like the rest of Bergen county’s commuters,” Langschultz said. “He set up this scripted experience in a totally controlled environment and it is somehow supposed to serve as educational. Senator Gordon needs to get real on the issues facing commuters. Their quality of life is being affected. I’m certain that he won’t have to wait on the platform for 30 minutes for his custom train to arrive.”

“I think it is imperative that Representatives keep a close connection with their constituents, especially those in need,” added Senator Kean who, in addition to serving as head of the NJGOP’s Senate caucus is also a member of the Senate Legislative Oversight Committee. “Right now our commuters are in need and I think it is important that I ride with them and get an up close experience of their day-to-day issues. I applaud the initiative Kelly is taking on this and I appreciated the invitation.”

NJ Transit has come under renewed scrutiny following an early spring 2017 derailment that snarled transportation in the Northeast for days. Long delays continued to plague commuters this week.

Meanwhile, Langschultz’s state senate challenge to Gordon, a long-time Democrat incumbent, is considered one of this year’s most competitive New Jersey legislative contests and a top Republican pick-up opportunity.