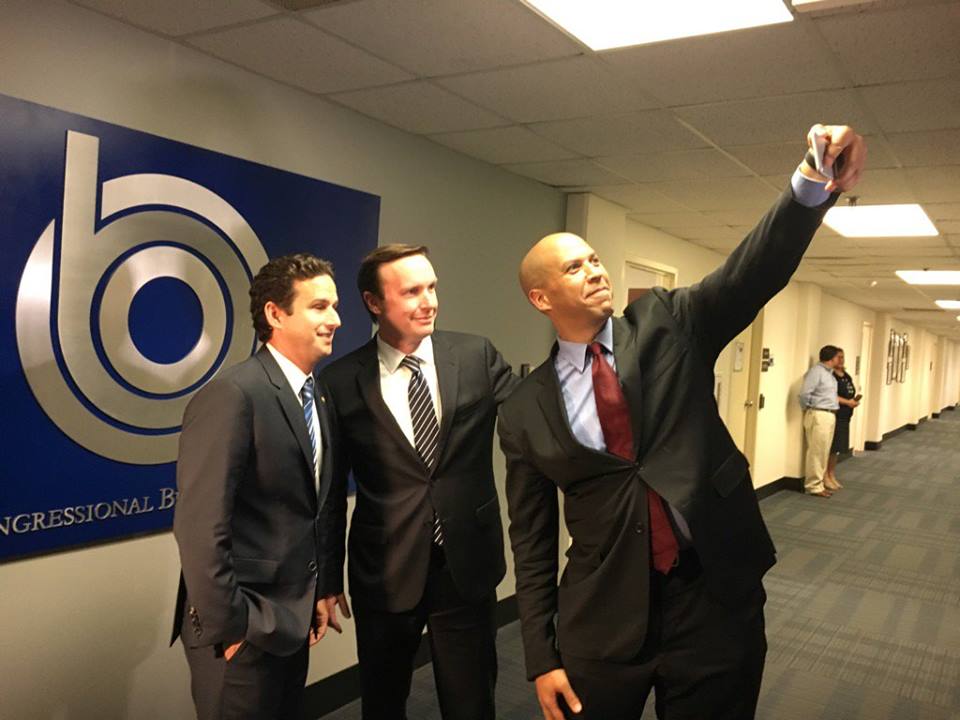 Theatrics in politics is not new and it’s certainly not an activity monopolized by one party, Save Jerseyans. But with the election of President Donald Trump, it seems that the Democrats are determined to pull out all the stops in order to keep the President and Republicans from moving forward on any meaningful legislation, even if it means creating “reality” TV for their social media audiences.

Enter Cory Booker (D-Twitter) along with his cohorts Chris Murphy and Brian Schatz who earlier today took to the street to “find the GOP healthcare bill”:

Headed to the @USCBO with Sen. @brianschatz and Sen. Chris Murphy asking if they will #ShowUsTheBill. Follow along for details.

The latest healthcare bill is a big secret that must be exposed for the American people to see!!!

At least that’s what Booker and the Democrats want you to think.

So in the spirit of transparency, Booker Facebook live-streamed their important trek over to the Congressional Budget Office where they attempted to obtain a copy of the clandestine bill.

You can watch all three videos on Booker’s Facebook page:

As if the videos weren’t enough for the wanna be social media star, Booker even took to his preferred platform of Twitter (shocker) to tweet out a photo of himself in the elevator of the CBO.

After all the hoopla, the trio was ultimately unsuccessful in their efforts.

They did, however, manage to take ANOTHER selfie:

Slow clap for the Senator from Twitter… I mean New Jersey.

I literally LOLing at how many selfies and photos this man takes, Save Jerseyans. You have to! Or you’d go mad watching this guy waste our time and money behaving like a 16-year old with an unlimited data plan.

It’s not healthy, for Senator Booker or the people who are counting on him to help in the process of crafting meaningful reform of the Obamacare-battered American health care system.

Where is Booker’s plan???

Hashtags don’t count when lives are on the line.