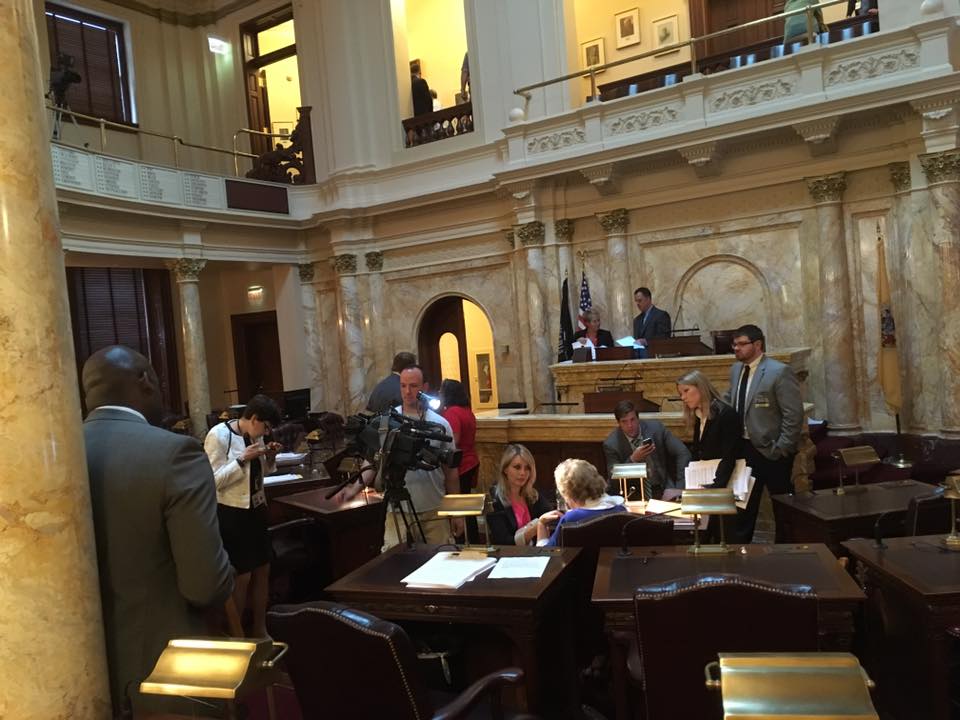 The New Jersey Senate Judiciary Committee heard testimony yesterday in support of S-3195, Save Jerseyans, a bill sponsored by Senator Nicholas Scutari (D-District 22) that aims to legalize marijuana in the Garden State.

Legalization has been a provocative issue for years now and while Governor Christie has been clear that he would not support it, the potential for a liberal Governor has supporters ramping up their efforts.

But before the #LegalizeNJ crowd gets too excited about this, allow me to go over some of the most notable provisions in this bill:

Set aside some of the big issues with this particular bill, such as creating another bureaucracy and the exorbitant progressive taxation that comes with it; the most blatant challenge with this, or any state bill that aims to legalize marijuana, is the fact that possession, distribution and/or being under the influence of marijuana is still a federal crime punishable by law.

Our current U.S. Attorney General Jeff Sessions has made his commitment to enforcing federal drug laws as clear as could be. If New Jersey moves forward to ultimately legalize recreational marijuana and the Trump Justice Department decides to get tough on enforcement, it could cause grave damage to the state.

None of the experts and supporters who attended Monday’s hearing seemed concerned about the federal ramifications of legalization. The focus was often shifted towards monetary gains for the state as well as how legalization would positively affect minority communities.

The language of the bill itself points to a disproportionate application of the law against minorities, specifically blacks, compared to that of whites, when it comes to marijuana arrests and incarcerations. It reads, in part:

e. New Jersey law enforcement officers made over 24,000 arrests for marijuana possession in 2012, more than in the previous 20 years;

f. In 2012, a person was arrested for marijuana possession in New Jersey approximately every 22 minutes;

h. Marijuana possession arrests constituted three out of every five drug arrests in New Jersey in 2012.

Senator Scutari and his allies at the New Jersey chapters of the ACLU and the NAACP made their core concern clear; for them, this is a civil rights issue and this bill is aimed at address systemic injustice within the justice system.

“We do not want our system to be like Colorado where it took 3 years for a minority-owned business to open.” @njnaacp

“Blacks are arrested for marijuana possession at a rate 3x that of whites in NJ” @DHouenou360 #LegalizeNJ pic.twitter.com/Lx6aTEZZC2

Other supporters who spoke at the hearing focused their comments on the proper role of government and medical research.

Longtime Republican and Municipal Prosecutor John-Henry Barr made the case that the state’s war on drugs is an example of a government program that is not working:

Barr went on to say that as a father he does everything he can to discourage his children from doing things that could harm their health but that he does not believe that it is the proper role of the criminal justice system to promote good health:

I don’t want my kids to smoke anything. We should be promoting good health but we need not use the criminal justice system to promote good health. I’m already doing everything I can to discourage drug and alcohol abuse but I do not want the government to get involved in my family legal affairs beyond adding to the discouragement and warning the public about products that are not healthy or dangerous, but legal.”

“Cannabis is less addictive than alcohol and tobacco, it doesn’t make users violent, and there are no cases of fatal cannabis overdose document..”

No vote is planned on the bill at this time but this 5 hour hearing should be considered the beginning of what will inevitably be a fight to legalize marijuana in New Jersey.

If you are so inclined, you can listen to the entire hearing here.