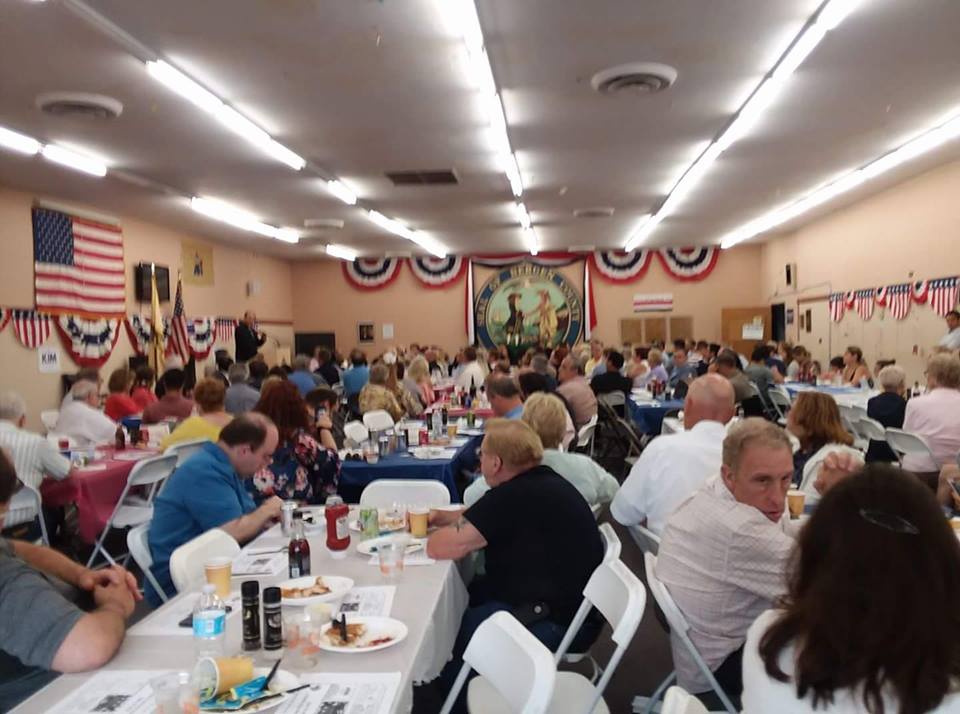 November looms large without a doubt but, at least for now, there aren’t any outward signs of mutiny on DiGaetano’s home turf.

By way of example: 350+ Bergen Republicans dropped by the Hackensack BCRO headquarters on Tuesday night for a fish and chips fundraiser dinner.

Not that fish and chips can heal old wounds and diametrically-opposite opinions concerning what’s best for the beleaguered Northeastern Jersey GOP.

With or without harmony on their borders, Republicans in Bergen have their hands full this year with multiple legislative contests and two freeholder seats on the line among other competitive local races.

All seven seats on populous Bergen County’s Board of Chosen Freeholders are presently occupied by the Democrats.