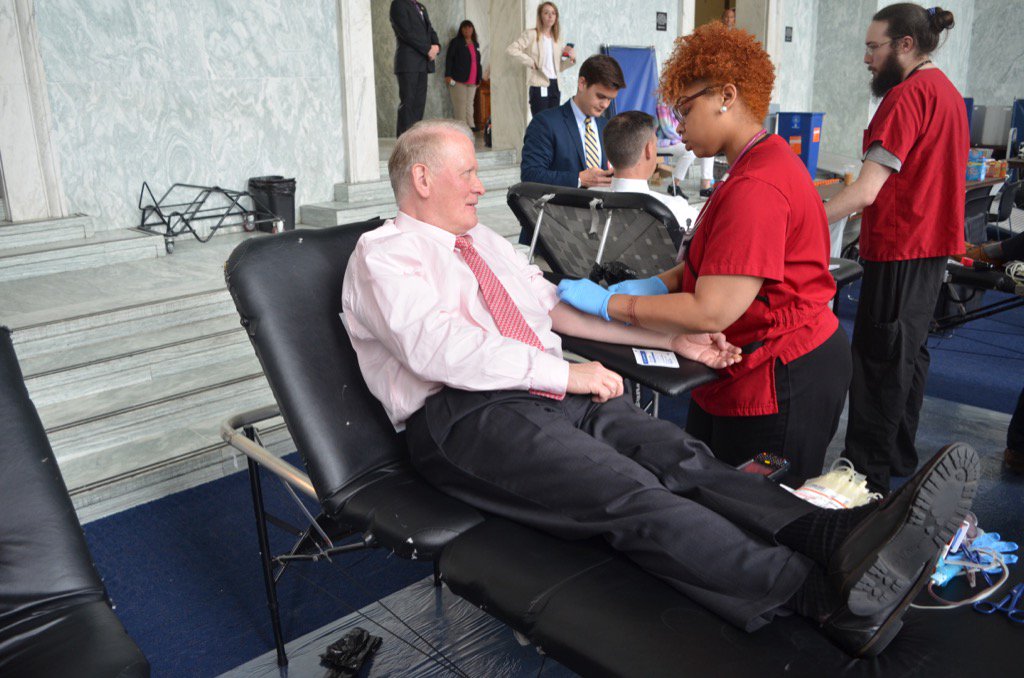 Rep. Leonard Lance (R, NJ-07) was one of a number of Congressional members and staffers to contribute blood this week in honor of Rep. Steve Scalise and the other victims of last week’s Alexandria shooting:

Donated blood with the help of @RedCross for @SteveScalise @CapitolPolice & the victims of last week's shooting. pic.twitter.com/g6FLvW5VDf

There were also some high profile executive branch contributors:

Donating blood today in honor of @SteveScalise. A big thanks to Chief Deputy Whip @PatrickMcHenry for organizing the event. #TeamScalise pic.twitter.com/unGn41aLK7

Me and VP Pence donating blood for a good cause pic.twitter.com/pZKTiYq56C

Scalise’s condition was upgraded to “fair” on Wednesday but the Louisiana Republican and GOP Whip still faces a protracted recovery process.