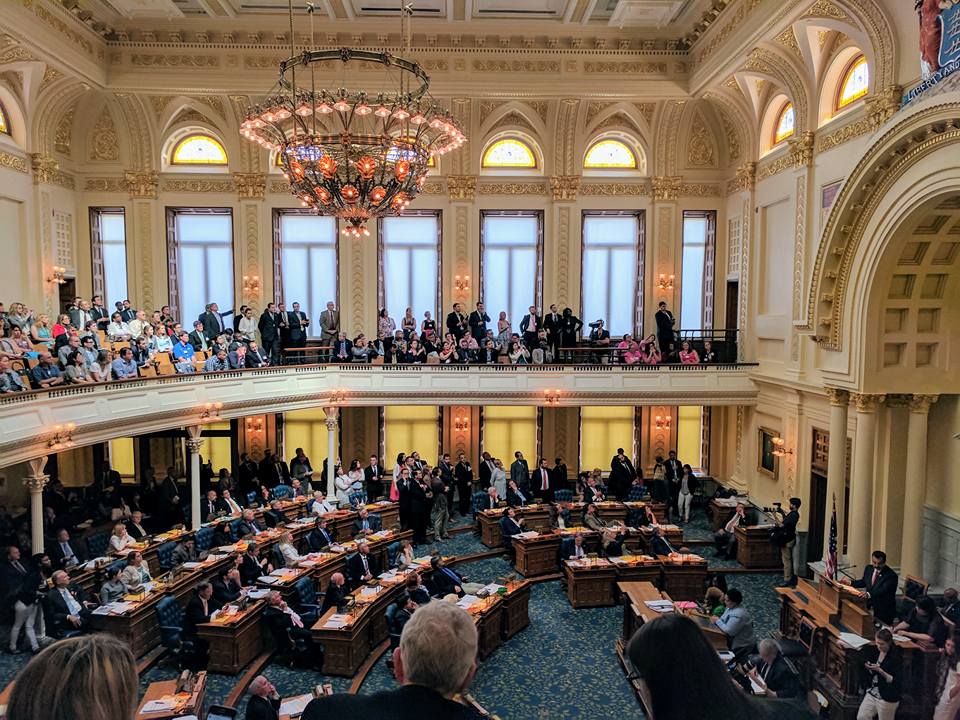 They’re dimming the lights, stacking empty pizza boxes and sending legislative staff home, Save Jerseyans, after Trenton legislators and the Christie Administration failed to compromise on the #HorizonHeist situation to avert New Jersey’s first state government shutdown since 2006 ahead of a Midnight deadline. Speaker Prieto will reportedly keep the board (where he’s at least a dozen votes short of passage) open overnight just for good measure.

“The failure of the Democratic majority in the legislature to provide the leadership needed to prevent a government shutdown is frustrating to me as a legislator and to the people I represent,” lamented Assemblyman Kevin J. Rooney (R-Bergen) at the end of a seemingly endless night. “This political gamesmanship is precisely why the people of New Jersey has lost faith in state government.  This is not the way government should operate. Plain and simple.”

Prieto and Christie, who’ve wrangled for days over the Horizon legislation, could not even agree on what comes next:

Christie will be calling for 11 am special session tomorrow "to work to convince the Speaker to reopen the government," his office says

But… “The Governor will be calling for a special session tomorrow at 11am. He has not asked, either formally or informally, for the opportunity to address that session,” Christie spokesman Brian Murray added around Midnight, annoyed over an apparent report that the Speaker wasn’t interested in his direct participation. “The Governor has no idea why the Speaker is denying him the right to give a speech that he hasn’t even asked to give. The Governor has called the session not to give speeches but to try to work to convince the Speaker to reopen the government that the Speaker has closed tonight.  The Governor will be here early tomorrow to continue to work for the people of New Jersey.”

The shutdown will result in a widespread furlough of thousands of state employees and the closure of state parks like Island Beach (among other possible disruptions). Some road work will also grind to a halt and a few rest stops will close. Essential services (which include the State Police and casinos) won’t close operations. The Governor’s executive order spelling all of this out is attached.

If the beaches and liquor stores stay open (and they will) at Midnight?

Not a soul who isn’t on the state’s payroll will miss N.J. government for a week.

All the same, I’m told the legislature (whose members spent most of Friday night clowning around on social media instead of, ya know, doing their jobs) will reconvene at 11:00 a.m. on Saturday to continue talking though no deal is reportedly anywhere in sight….