Twenty-eight members of the eighty member state legislature abstained or didn’t vote at all on the third reading of the FY 2018 budget, Save Jerseyans, pushing the Garden State’s dysfunctional state government closer to a shutdown on Friday night.

Close to the Fourth, true, but there weren’t any fireworks in the Assembly chamber.

A surreal, eerie silence according to sources at ground zero.

“…it’s just frozen in there,” one veteran State House Republican told Save Jersey close to the 10 o’clock hour. “I don’t know where this thing is going other than straight off the cliff.”

The voting board's been open 15 minutes. Speaker Prieto appears to be trying to shame Democrats for not voting on the budget.

Senate President Sweeney in da (lower) house! Whispers with Assembly Maj Leader Lou Greenwald, then leaves chamber with him but not Prieto.

Speaker Prieto's had voting board open for 50 minutes on budget. "I will keep it open. I'm here to keep gov't open." pic.twitter.com/jW7QS9qEBH

Democrat Vincent Prieto inaugurated a long-brewing Democrat caucus civil war by refusing to yield on a controversial plan to raid the state’s largest medical insurer’s reserves, but Governor Christie weathered most of the blame for tying the Horizon Blue Cross Blue Shield issue to the budget’s passage.

He didn’t take it well and bit back in classic Christie fashion. 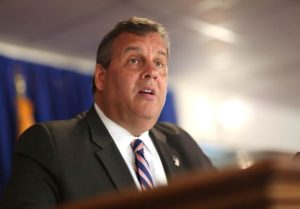 So I can’t do anything other than be here and if I were saying to you, I could understand the premise of your question being valid if what you were saying to me was, if I said, unless I get Horizon I’m not signing to budget. Well that’s a whole different thing, then that’s drawing a line in the sand, saying send me Horizon or I’m going to veto the entire budget, that’s drawing a line in the sand. This is saying you have two choices, both of which will result in no government shutdown. Different budgets, but no government shutdown. I’m giving them two options for no government shutdown, they’re giving me none. Come on, I know you find this hard to believe, Michael, but you’re looking at Mr. Reasonable. You’re looking at him right in the eye, you’re looking at Mr. Reasonable. I’m giving them two choices, both of which do not close the government, they don’t want either one of them. What the hell do you want me to do?”

If Midnight arrives without the requisite votes?

It would be New Jersey’s first government shutdown since 2006.

As of 10 p.m., the Assembly leadership didn’t appear close to achieving a threshold level of support. In fact, we’re told that most of the Democrat Assembly members had left the chamber for a pizza party…

Aside: the State of Maine also appears to be headed towards a shutdown tonight. Misery loves company!