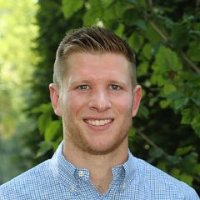 Things are not usually done easily and almost never by consensus at BCRO, Save Jerseyans, but District 38 Republicans appear to have settled on their candidate to replace Matt Seymour on the Assembly ticket.

As first reported by Save Jersey last week, Glen Rock Councilman Bill Leonard is the party’s choice to fill the vacancy.

While the statute requires a vote on the matter, Leonard’s nomination will reportedly be formality as following the withdrawal of the only other candidate to put forth their name. County Committee members will meet next Wednesday to formalize the endorsement.
“The opportunity to serve the residents of district 38 is truly and honor, and one that I do not take lightly. I’m am extremely excited to join Kelly Langschutlz, Chris wolf, and all of the districts local candidates in an effort to bring responsible leadership and a spirit of service and accountability back to Trenton, in the wake of a Government shutdown,” said Leonard when reached for comment.
Leonard joins Saddle Brook Pastor Christopher Wolf on the Assembly ticket led by New Milford Councilwoman Kelly Langschultz who is mounting a strong challenge to Senator Bob Gordon in North Jersey’s preeminent swing district.
—