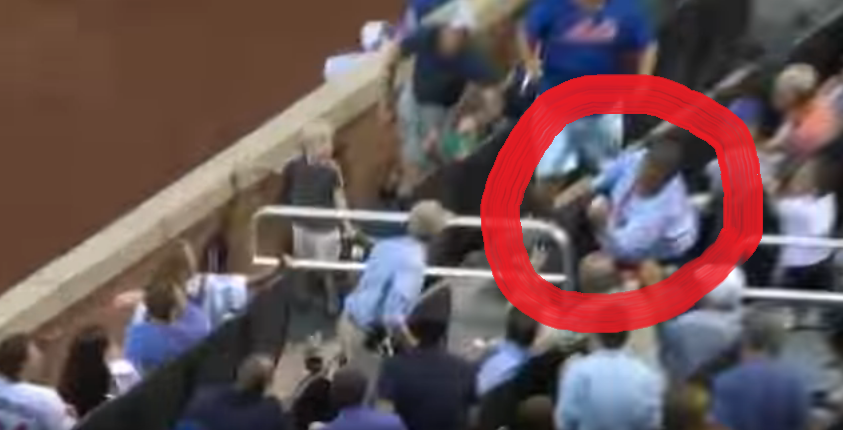 Anecdotal support for those findings: a New York and New Jersey crowd savaged the Guv at Tuesday night’s Mets game versus St. Louis when he made an objectively impressive left-handed foul ball catch…

The Governor, who is himself a Mets fan (his father and brother, Todd, are Cardinals fans), subsequently handed the foul ball to a child spectator.

St. Louis ultimately prevailed over New York, 5-0, and lead 2-0 in the middle of a 4-game series.

Christie is currently in contention for a sports radio job at WFAN.