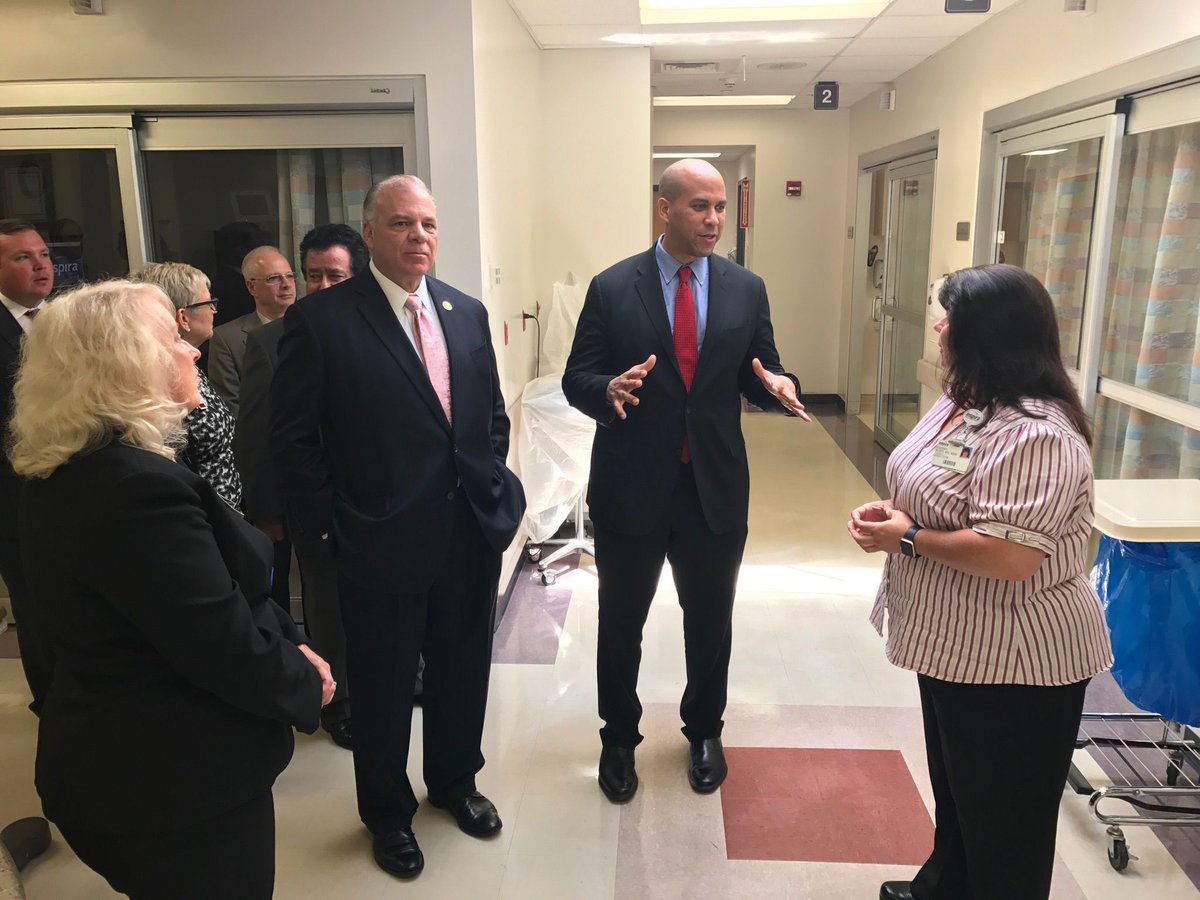 Since late July, Save Jerseyans, Senator Cory Booker (D-Twitter) has been touring the state on what is being called the “21 county Jersey road trip.”

In typical Booker form, he and his staff are extensively chronicling his moves on social media. They’ve even created a special hash tag (#JerseyRoadTrip) to document all the photo ops… err… “highlights” from the important conversations in which the Senator is engaging.

This week? Booker even made his way down to the far reaches South Jersey where he and Senate President Steve Sweeney toured Inspira Medical Center in Elmer (Salem County):

–
Booker told Inspira workers that the Affordable Care Act is working in New Jersey and pointed to a decrease in charity care as proof:

After all the failed Republican efforts to repeal the Affordable Care Act, one thing remains the same, the ACA is working for the people of New Jersey. Thanks to greater insurance coverage and efforts by hospitals like Inspira, the amount of documented charity care provided by New Jersey hospitals has declined from $1 billion to $480 million. This not only makes economic sense for our state, but it means better quality care and increased efficiency.”

The idea that the ACA is having positive affects on most New Jerseyans is…delusional.

Crowing over reduced levels of charity care doesn’t actually prove that the ACA is working. What Booker doesn’t tell you is that many of the people who are no longer receiving charity care are now relying on Medicaid. They haven’t solved a problem; they’ve shifted one (which government created in the first place) to another taxpayer-financed program.

Booker could’ve figured that out nestled comfortably behind his desk, and the thousands of South Jersey residents who lost their preferred coverage under Obamacare need more from their elected representatives than a road trip.