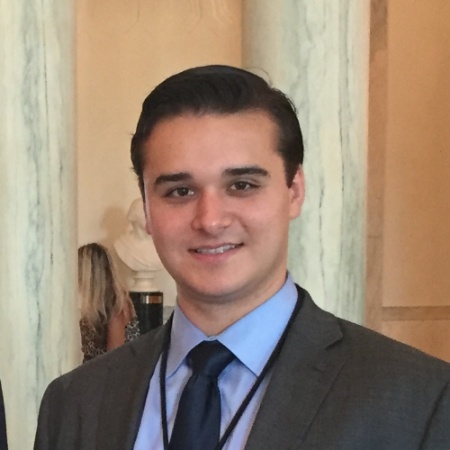 Alex Cucciniello, 20, of Mahwah, has been hired to run the day-to-day operations of the campaign. Cucciniello is returning to New Jersey politics after spending the summer as an Intern at the White House in the Office of Political Affairs.

The move, sources say, signifies the serious commitment that the party is making to winning in District 38.

Cucciniello, despite his age, like most of the Bergen YR crew, brings a wealth of experience and a strong political acumen. A Junior at Manhattan College, Cucciniello is considered a rising star in the party’s young operative corps and a strong addition to the Leonard team.

“I could not be happier to join Bill’s team,” Cucciniello said in a statement to Save Jersey. “There is a real excitement in LD38 this year and we are going to finally flip this district and send representatives to Trenton who represent the people of the district and not Trenton Democrats.”

A source close to the Leonard team confirmed that the LD38 ticket is looking to add additional manpower in the coming weeks.

The district remains the top target of North Jersey Republicans and one of the most competitive in the state. Leonard is running with Saddle Brook Pastor Christopher Wolf on the Assembly ticket led by New Milford Councilwoman Kelly Langschultz who is mounting a strong challenge to Senator Bob Gordon and his incumbent Assembly running mates Tim Eustace (D-Maywood) and Joseph Lagana (D- Paramus).