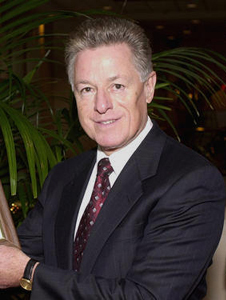 Jim Florio and Jon Corzine served one term, respectively, before getting bounced from Drumthwacket by tax-weary New Jersey electorates.

Now they’re back… in one sense.

This week, Politico reported about former Governor Florio having authored a report in conjunction with a liberal-leaning think tank that’s making the rounds in Trenton. 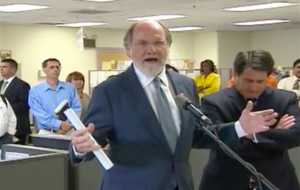 “We are seeing Murphy’s Law in action: any tax that can be raised, will be raised,” explained Guadagno. “First, Phil Murphy supported the gas tax increase I opposed. Then, he admitted he would raise taxes by at least $1.3 billion if elected. Now Phil Murphy says he welcomes a plan for more tolls, higher fees and a privatized Turnpike. Phil Murphy owes it to the people of New Jersey to explain why he thinks they can afford to pay more out of their pockets for more tolls and higher fees at the DMV.”

“Last year’s billion dollar gas tax increase may have been the first step in a long-term plan by some to massively increase costs on New Jersey drivers,” said State Senator Jennifer Beck (R-11) in a statement of her own. “Left-leaning special interest groups want to add tolls to currently free highways and to resurrect the failed Corzine privatization plan that would have resulted in 800% toll hikes. I vehemently opposed the toll scheme when Governor Corzine first proposed it, and successfully mobilized residents to defeat that plan. I’m ready to do it again.”