Langschultz is giving Gordon a tough fight in LD38, and the incumbent’s reaction is ‘deplorable’ 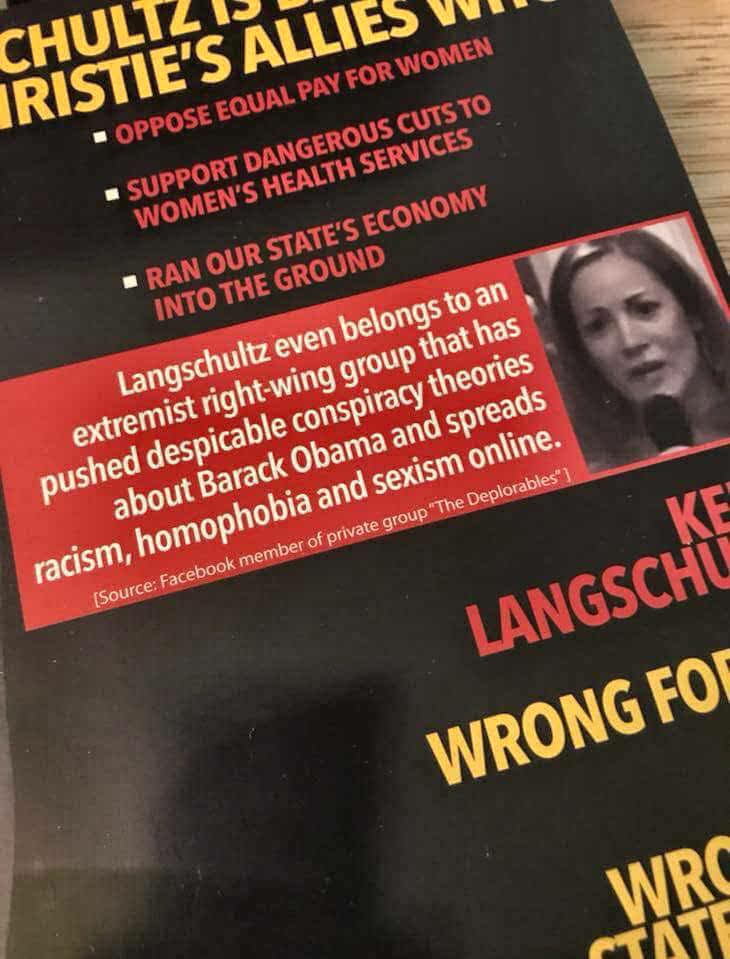 Bob Gordon (D-38) is growing desperate down the final stretch of Election 2017, Save Jerseyans.

Desperate may actually be an understatement.

While Republicans mostly see a neck-and-neck race, Gordon clearly thinks he’s behind or at least slipping badly. Gordon confirmed this analysis over the weekend by releasing an attack mailer containing a sensational claim: that his GOP state Senate opponent Kelly Langschultz belongs to an “extremist group.”

What is this “extremist group” you might ask? Real extremists like Antifa or the KKK? Or perhaps even a group like the NRA that isn’t extreme but is frequently demonized the Left all the same?

The “extremist group” is a Facebook group known as “The Deplorables” — an homage to Hillary Clinton’s infamous 2016 campaign gaffe — which has over 450,000 members.

Putting aside the absurdity of classifying this Facebook group as “extremist,” did Councilwoman Langschultz even “join” this group?

She was added to the group, almost certainly without her knowledge:

A quick scan of my own Facebook group affiliations reveals that my friends have signed me for extremist groups including “New Phone Need #s” and “Fantasy Football League 2014.”

In any event, if Bob Gordon thinks going bonkers over Extremist Facebook Groups (which aren’t extreme) is his best line of attack over the final week of this cycle, then I am liking our chances for victory in District 38 on November 7th. Big time.

For now, please be cognizant of the fact that the next time some random acquaintance adds you to their random Facebook group, you might just find yourself starring in a Bob Gordon attack mailer. This career politician has a deplorable sense of humor.