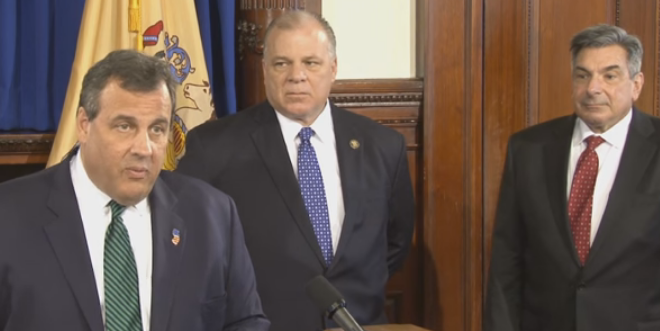 When Phil Murphy declared grapefruit and broccoli his favorite produce at the second gubernatorial debate, Save Jerseyans, trolling inevitably (and quite justly) ensued on Pro-Guadagno side of the aisle.

But at least one powerful Democrat also couldn’t resist:

Missing from the list: broccoli & grapefruit. Is the NJ Senate Prez trying to tell us something about his party's gubernatorial nominee? =) https://t.co/5iIdyLQ3Nt

For those of you who haven’t been following along, the New Jersey Education Association (NJEA) is devoting most of its resources this cycle to (1) taking Sweeney down in his rural NJ-3 district and (2) promoting Phil Murphy statewide. Sweeney accused them of extortion and they haven’t forgotten. And according to both side’s polling, Sweeney’s battle with Republican state senate candidate Fran Greiner is a jump ball as a result of all that NJEA money.

Democrat sources (yes, we have them) confess that the situation has put a decided strain on the Sweeney-Murphy relationship. Remember: Murphy pushed the South Jersey-based Senate President out of the Democrat primary. If Sweeney survives the NJEA’s attempted hit job? It was never going to be an easy relationship to begin with.

As we speak? Sweeney allies are complaining – not too quietly – that Murphy should be helping Sweeney weather the onslaught (Murphy, for his party, is refusing to even answer questions on the subject).

They also believe that the NJEA’s insistence of spending its ample resources on NJ-3 instead of Super PACs targeting districts like LD2, LD11, LD16 and LD38, as the teacher’s union had done in the past, is tantamount to treason to the larger Democrat coalition for having created an atypical cash crunch for the majority party. Democrat candidates in LD38, for example, are having trouble finding cash with a little more than a week left to go.

So, if Sweeney and Murphy both win on November 7th, folks, it might prove to be a Pyrrhic victory for the donkeys. In more ways than one.

Murphy can’t pay for most of his lofty promises. Sweeney may not be feeling too cooperative (and missing Chris Christie like crazy). And the Corzining of Murphy (see: the 2006 state shutdown) will have begun.

For now, I’m going to start stocking up on popcorn now. You should, too. Phil will have to make due with eating his broccoli cold; that’s exactly how Steve plans to serve it.