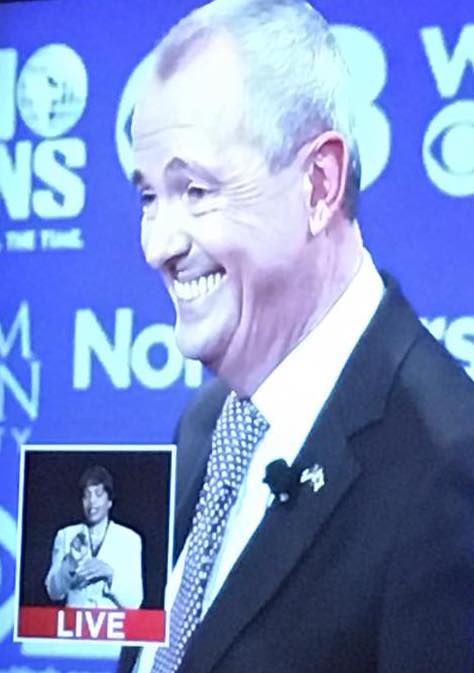 So tonight I watched the New Jersey gubernatorial debate between Kim Guadagno and Phil Murphy.

And I have to say I’m still scratching my head wondering how Phil Murphy presumes to think he can or should govern this state.

Because some of what I saw was just plain laughable.

For example, Murphy was reminded that we are the Garden State and that we grow lots of fruits and vegetables here. And he was asked: “So, what is your favorite fruit and your favorite vegetable?” It was a softball question.

But Murphy seemed stumped. No, I’m not kidding. He hesitated and then looked over at Guadagno who said: “What are you lookin at ME for?”

And then Murphy answered: “Grapefruit and broccoli.”

Grapefruit and broccoli? In New Jersey?

You cannot be serious!

But that was Murphy’s answer and he stuck with it.

As for Kim Guadagno, she didn’t hesitate at all: “Jersey tomatoes and cranberries.” Now, this is someone who knows New Jersey. The Jersey tomato is the best in the whole wide world and New Jersey remains the third-highest producer of cranberries in the nation and our cranberry crop is just about ready to be harvested. Bingo!

The other key moment in the debate was when Guadagno asked Murphy how he was going to pay for all the promised services and freebies he says the state will provide should he become governor — and again, Murphy actually seemed stumped!

He couldn’t answer the question.

He babbled away until someone in the audience yelled: “Answer the question!”

So, Guadagno chimed in: “Answer the question,” she said.

And Murphy still couldn’t detail how he was gonna raise all this money other than to babble on about tax breaks for millionaires.

The funny think is that Murphy had been doing sorta OK up until the last third of the debate — OK, that is for someone who was born in Massachusetts and spent a lot of time in Germany, Switzerland, Austria, central Europe and Hong Kong — everywhere but New Jersey.

And tonight it showed.

2 thoughts on “‘Grapefruit And Broccoli?’ Really? Are You Serious?”