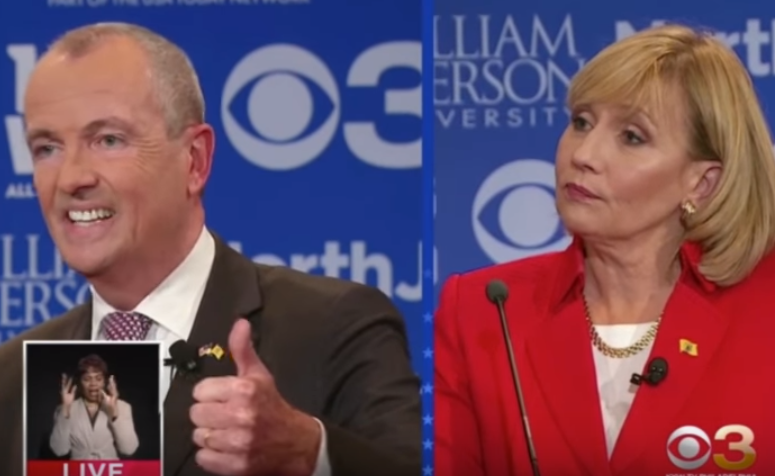 Going to town on the steakhouse menu always sounds delicious until your table’s check arrives.

That’s what Phil Murphy (D-Goldman Sachs) is promising this campaign season, Save Jerseyans, and how the hell New Jersey taxpayers are supposed to pay for $50-75 billion in new spending in a state that can barely figure out how to fund road maintenance constituted a completely fair question posed by Kim Guadagno (R-Monmouth Beach) during Wednesday night’s final gubernatorial debate. [You can watch the entire thing right here in case you missed it and have an hour to burn.]

Phil’s non-answer to Kim’s question — and a heckler’s on point reply — served up the perfect opportunity for the LG to pounce:

“‘Answer the question’ was the shout,” Guadagno sternly explained to Murphy, to raucous audience applause, after an audience member reprimanded the Democrat nominee for ONCE AGAIN completely ignoring the questions and engaging in ad hominem attacks.

I was almost embarrassed for him. Painful to watch! Murphy’s gaffe allowed for Guadagno’s strongest strike of the night.

The one-minute ordeal embedded above also served as confirmation for any honest, unbiased viewer that Phil Murphy is an unapologetic fraud.

He’s had over a year of campaigning and two one-hour debates to answer for his nonexistent math. 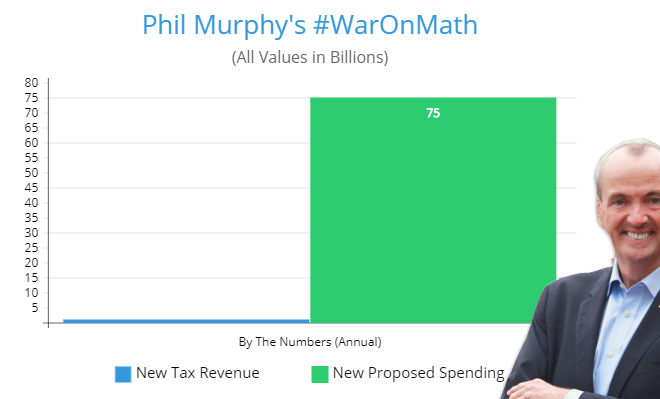 We still don’t have an answer and it’s late October.

Winning is all that matters to this guy. For a Democrat operating in New Jersey? That means serving powerful special interests like the NJEA and CWA even when (as they typically do) public sector union interests diverge from those of average taxpayers trying to scratch out a living in the Garden State.

Said another way, Phil doesn’t care if you can afford to stay or need to leave. He’s not running to represent you. This isn’t ABOUT you.

So he has no interest in – or incentive to – explain how his crazy plans would actually work in reality.

And when all is said and done? This guy will “Corzine” himself if he wins on November 7th, folks. Count on it. Upon taking office in January, he’d need to either (1) break his promise to not raise taxes on the Middle Class to pay for it all, or (2) fail to follow through on most of his expensive promises.

This is simple, junior high-level mathematics.

Taxpayers will be pissed. Leftists will be disappointed.

Phil will only spend one term in Drumthwacket.

Do we really want to go down this road? Again?