Election Day’s memory is slowly starting to fade, Save Jerseyans, but I still get asked “did she ever really have a chance?” at least a few times per week. At a minimum. And the frequency of the question seems to increase whenever Phil Murphy opens his mouth.

My best answer: maybe not, but definitely not the way she played the Christie situation back even before there was ever an actual campaign.

Here’s what I would have done (by way of explanation):

Early Fall 2016: The Lt. Governor should have vocally opposed the gas tax increase itself, early and often, and taken Christie to task for going back on their ticket’s campaign promise to shun tax increases. She did ultimately (and vocally) oppose the ballot question associated with the increase, but her unwillingness to challenge the Governor directly and loudly during the ACTUAL original gas tax hike battle undermined the political potency of her late-in-time rebellion. Fairly or not, it felt fake to a lot of people. 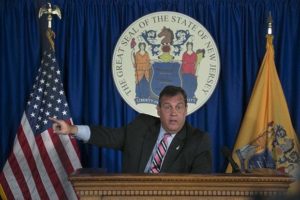 Late Fall 2016: Resign. Yes, resign. You read that correctly. By the date of last year’s mid-November League of Municipalities confab in A.C., it was clear that Chris Christie was very, very unlikely to land a job in the Trump Administration and he admitted as much in the keynote speaking slot that he snatched away from Guadagno at the last moment. This point on the calendar was Guadagno’s opportunity to say to herself “okay, my chances of becoming governor by hanging around with this guy is now extremely remote, so it’s time to throw deep.” She should have resigned, announcing that she “could not stand idly by an administration that broke its promise NOT to raise taxes” and, as a result, she would spend the next year visiting all 21 counties and working with taxpayers to figure out how to most effectively fight back. Guadagno would have had INSTANT credibility as a ‘rebel’ and immunity from many of the Christie-themed attacks that stunted her candidacy from the get-go; what’s more, she would’ve gotten an interview slot on any national and regional network television and radio program.

Fall 2016 through November 2017: Run against Murphy AND Christie. It was clear that the LG struggled with whether to fully commit to the rebel cause notwithstanding Christie’s poor treatment of her effort. One day she would throw a little shade or go directly at him (e.g. holding her own event a stone’s throw from the Governor’s beach house during the summer government shut down) then, the next, she’d pivot to run on her record as a business cultivator under Christie. I remember one final hours encounter with a reporter when she refused to dump on Christie directly, electing instead to duck the line of inquiry altogether. Her confusion regarding how to handle it all confused some voters and turned others off without question. She could have simplified matters by tying the men together and running against the “boys club” in Trenton. Imagine Guadagno in a TV ad talking about the need for a new direction with grainy photos of Murphy, Christie, and Corzine flickering behind her. Instead of “better” as a campaign slogan? “ENOUGH!”

I did say “maybe.” History, money, demographics and other factors made 2017 a tough sell for N.J. Republicans no matter who sat atop the ticket and what type of campaign she or he ran. Still, the state’s sole GOP legislative pick up (Chris Brown down in LD2) was engineered by a candidate who aggressively and repeatedly honed a brand for himself as a independent, Christie-phobic constituent advocate unafraid to throw punches.

Making a clean break from Christie — early and dramatically — would at the very least have made the impossible possible. Of that much I’m certain.