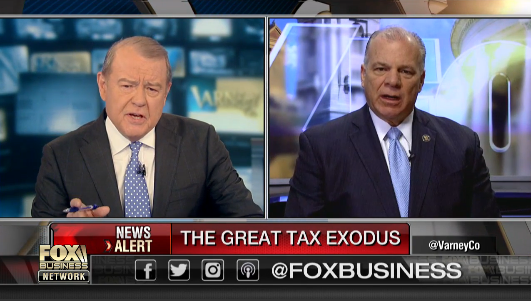 Now? With Governor-elect Phil Murphy promising $1.3 billion in new taxes? And a federal tax reform package with less potent SALT deductions through the House of Representatives? Sweeney suddenly agrees it’s time for “hitting the pause button,” a claim he’s made in recent days and repeated this Tuesday morning for Fox Business’s Stuart Varney.

An argument ensued with Sweeney passing the buck back to Congress.