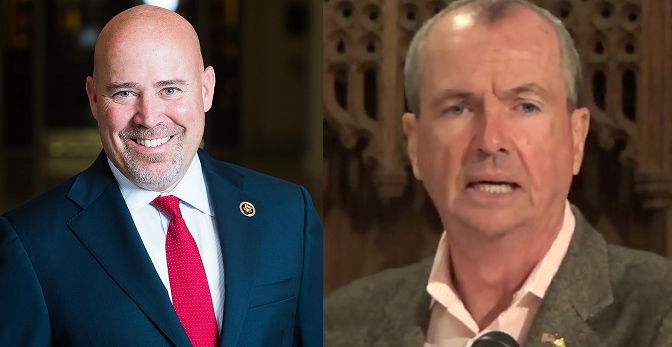 Governor-elect Phil Murphy (D-Goldman Sachs) is opposed despite supporting a $1.3 billion tax hike of his own (!), and he took the unusual step of calling out MacArthur – by name – over the U.S. House’s legislation.

“I don’t for the life of me understand why Rep. MacArthur voted for it,” Murphy told News 12 during a recent post-election interview. “The other four Republican congressmen did not, to their credit.”

MacArthur (who is considered a top tier potential contender for a state-wide election in the coming years, potentially against Murphy in 2021) fired back with a letter challenging Murphy to a one-on-one “discussion” instead of trading “cheap political shots” through TV and the newspapers.

The day after you were elected, I was pleased to talk with you and agree to work together to improve the lives of New Jerseyans, while refraining from taking cheap political shots at each other. I thought we had a good conversation and remain hopeful we can have a productive working relationship. I was therefore, very disappointed by press reports that during your very first sit-down TV interview this past weekend, you chose to go after me over my sincere efforts to provide real tax relief for my constituents.

While you have promised to raise taxes on New Jerseyans by $1.3 billion dollars, the bill I voted for will cut taxes for the vast majority of families and businesses in our state. This bill includes a number of provisions that will benefit our residents including:

•              Moving from a high-rate system with lots of loopholes that usually just benefit the wealthy, to a simpler, fairer system that lowers rates and closes loopholes

Furthermore, I understand that state legislative leaders in New Jersey are already reconsidering their plans to raise taxes, which would be a welcome new direction for Trenton.

I have never shied away from a serious policy discussion and recently held a five hour town hall meeting in Willingboro, a town in which I only received 12% of the vote in the last election. In that same spirit of an open and honest dialogue, I’d like to invite you to my home county for a substantive discussion on tax policy. Let’s put the talking points aside and have a conversation about your plan to raise taxes in N.J. and my efforts for real tax reform in Washington D.C.  Our mutual constituents deserve nothing less.

You have my cell phone number and should feel free to call me to discuss.