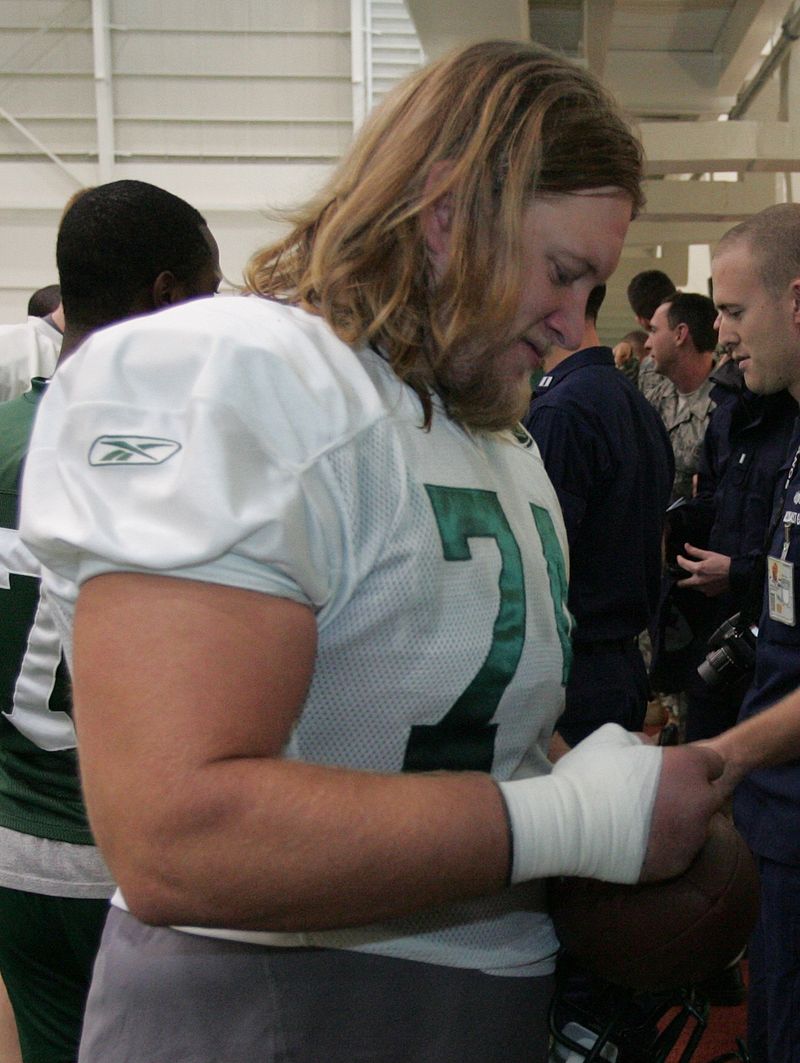 Seven-time Jets Pro Bowler Nick Mangold, who was released from the squad in early 2017 after eleven seasons, was one of the NFL’s fiercest O-Line players.

Is the giant-sized center ready for a new offensive role?

Save Jersey has confirmed with a source familiar with his thinking that Mangold is actively considering this year’s NJ-11 Republican primary to succeed Rodney Frelinghuysen in Congress.

Mangold’s interest was first reported earlier this morning by InsiderNJ.

In 2011, the New York Times called him the NFL’s best center, observing that the Jets were “the only team in the NFL that doesn’t have to sacrifice a guard when facing an elite nose tackle,” due to Mangold’s “ability to lock and drive from a standstill position.”

The long-struggling team attempted to rebuild in 2017 and, due to Mangold’s large salary, decided to release their start center to free up funds. The move backfired for sure because the Jets O-Line struggled badly in the 2017-2018 season.