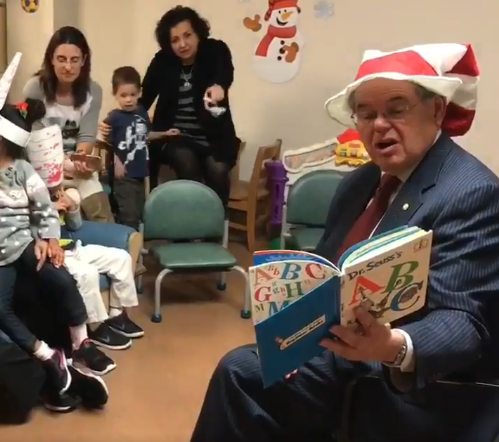 “With today’s sentencing of one of his top donors and closest friends, Bob Menendez continues his record of embarrassing New Jersey. Menendez’s close friend of more than 20 years, Dr. Salomon Melgen was sentenced today to 17-years in jail and ordered to pay $42.6 million in restitution for ripping off Medicare,” said Steinhardt. “The stark realities of Melgen’s punishment amplify the sordid details of Melgen and Menendez’s relationship, which involved Menendez’s acceptance of expensive vacations, lavish gifts and private jet flights from his donor. With his friend headed to jail on corruption charges, the Senator’s ultimate jury will be New Jersey’s voters. Menedez may have slipped through the cracks of the American justice system on multiple corruption charges, by embracing Melgen and flaunting their close personal friendship, but he can’t run from Melgen now and he can’t avoid New Jersey’s voters either.”

Menendez is running for reelection this year, though his polling position has taken a significant hit after a federal criminal corruption prosecution that ended in an inconclusive mistrial.