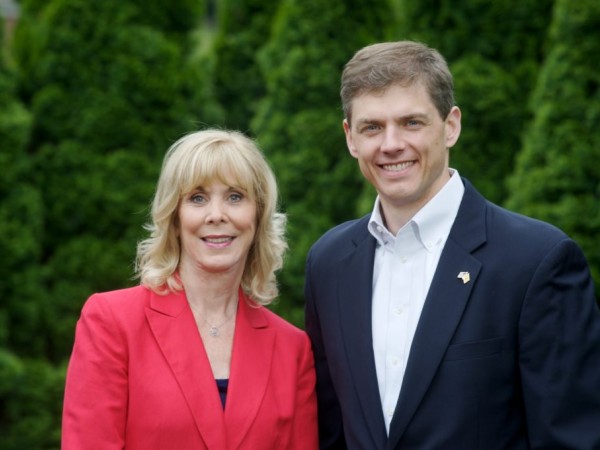 They may be LD26 Assembly running mates, Save Jerseyans, but for the NJ-11 congressional primary, Assemblywoman Betty Lou DeCroce is going with Assemblyman Jay Webber‘s primary rival.

“Those who believe we can run yesterday’s campaign in today’s climate are mistaken. We need to nominate a dynamic candidate who inspires and unites us, and who will appeal to voters across the political spectrum,” said DeCroce referring to attorney Antony Ghee, an under-50 years old black candidate who registered as a Republican this week. “As the only female legislator in Morris County, we must recognize that our party must be able to reach across all demographics to engage and attract voters.”

Given their respective rosters of supporters, Webber and Ghee are considered the major Republican contenders (as of now) competing for Rodney Frelinghuysen’s open seat; the winner will face presumptive Democrat nominee Mikie Sherrill.

The Webber/DeCroce relationship has never been strong but deteriorated significantly during the 2017 cycle when each candidate ran on their own in a bruising four-way primary. The pair also found themselves on opposite sides of the contentious gas tax debate with Webber, the conservative, going strongly against the historic hike and DeCroce, with Christie World and labor ties, enthusiastically lending her support.