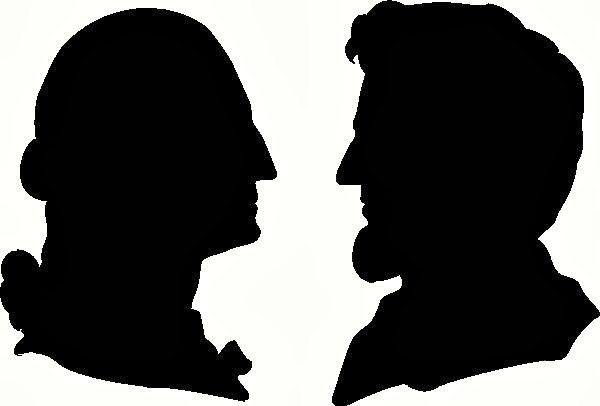 February once belonged to Washington and Lincoln and it was wonderful.

I remember in elementary school we would cut out silhouettes of Lincoln and Washington and they would be placed on school windows with red hearts between them.

February 12 and 22 were hugely observed holidays.

Stores sold George Washington paper hatchets with bags of candy cherries attached or in the cardboard “blade” of the hatchet. Chocolate covered cherries and cherry tree motifs were also popular.

No one doubted that the cherry tree story was true.

Did Lincoln live in a log cabin and read by the light of the fireplace? Of course he did! Was he self-educated? Of course he was!

Nobody knew from “President’s Day.”

It was all just wonderful. It gave us great pride in our country. It strengthened us. It gave us hope and the fortitude and optimism to carry on in their honor.

And now it’s all gone.