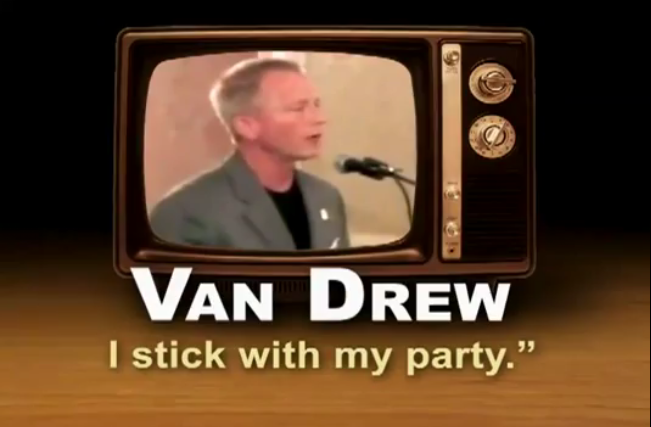 SCR-35 is a proposed constitutional amendment which, if adopted, would mandate that “a parent or legal guardian shall receive notice before his or her unemancipated minor or incompetent child undergoes any medical or surgical procedure or treatment relating to pregnancy, irrespective of any right or interest otherwise provided in this Constitution.”

Up until now, Van Drew has been a bit of an anomaly in New Jersey politics. Representing a reddish stretch of New Jersey’s rural-and-Shore intensive southern reaches for several years, Van Drew, a dentist from Cape May County, is known for breaking with his party on some issues (e.g. he voted against the gas tax increase) in order to keep winning over local Republican voters’ support.

Now that he’s running for Congress? And facing what’s expected to be something less than a “walk-through” primary cycle against opponents with Leftist credentials?

Van Drew appears to be dropping any pretense of being a “moderate.”

Remember: if he wins in November, his first vote as a member of Congress will likely be for Nancy Pelosi to serve as Speaker of the House of Representatives.