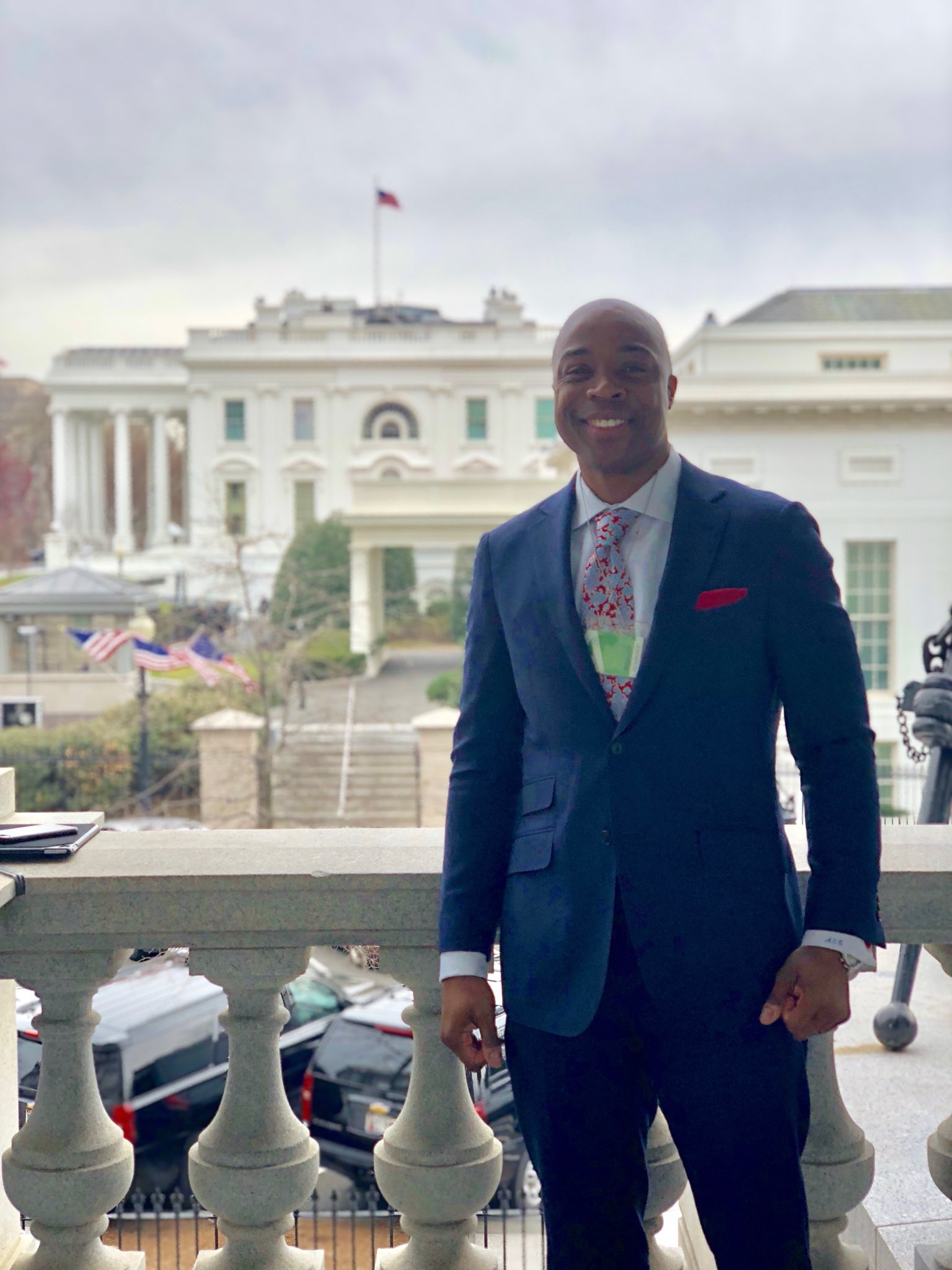 Ghee’s trip resulted in a Twitter skirmish between the rival GOP camps:

It's ironic that Tony Ghee's first tweet of the campaign is in front of the building occupied by the man he voted AGAINST!

Nice try Tony – but answer the question. You voted for Obama, Obama, and Hillary, right? pic.twitter.com/bJwHIVD6tf

Bill Stepien – who runs the White House political office referenced by Ghee – has never been close with Webber. The pair infamously sparred behind the scenes in the early days of the Christie Administration, with Webber (initially serving as NJGOP Chairman) pushing for an independent state party infrastructure and Stepien favoring a messaging machine tightly-controlled by the front office.

“I am grateful for the ongoing support of Republican leaders for our campaign for Congress.  They share our Republican values, and we and our volunteers and supporters will continue to drive this campaign to a win for our country and its citizens,” said Webber in his accompanying statement.

Ghee countered, again, with an endorsement of his own.

“Our party needs to nominate a dynamic candidate who stands for our Republican values of fiscal conservatism, respect for the rights of all individuals regardless of race, color, ethnicity, religion, gender or sexual preference, individual responsibility and a government that is responsive to its constituents,” said Mayor Bruce Harris of Chatham Borough. “We need leaders who value thoughtful discourse and serve as role models. The choice is clear. The choice is simple. The choice is Republican Antony ‘Tony’ Ghee. Tony’s life is an example what you can achieve through hard work, when you are committed to serving your country and community – values that every American can relate to. We must nominate a candidate who can gives us the best chance to win – not just in June but in November. These are just a few of the reasons why I am proud to endorse Republican Tony Ghee for Congress and urge all of my fellow Republicans to do so as well.”

A Christie ally, Harris’s unsuccessful nomination to the N.J. Supreme Court was a legacy setback for Christie, but a letter Harris penned to state legislators in which he compared opposition to same-sex marriage to support for “slavery” earned both Harris and Christie considerable scorn from conservatives during the latter’s aborted presidential campaign.