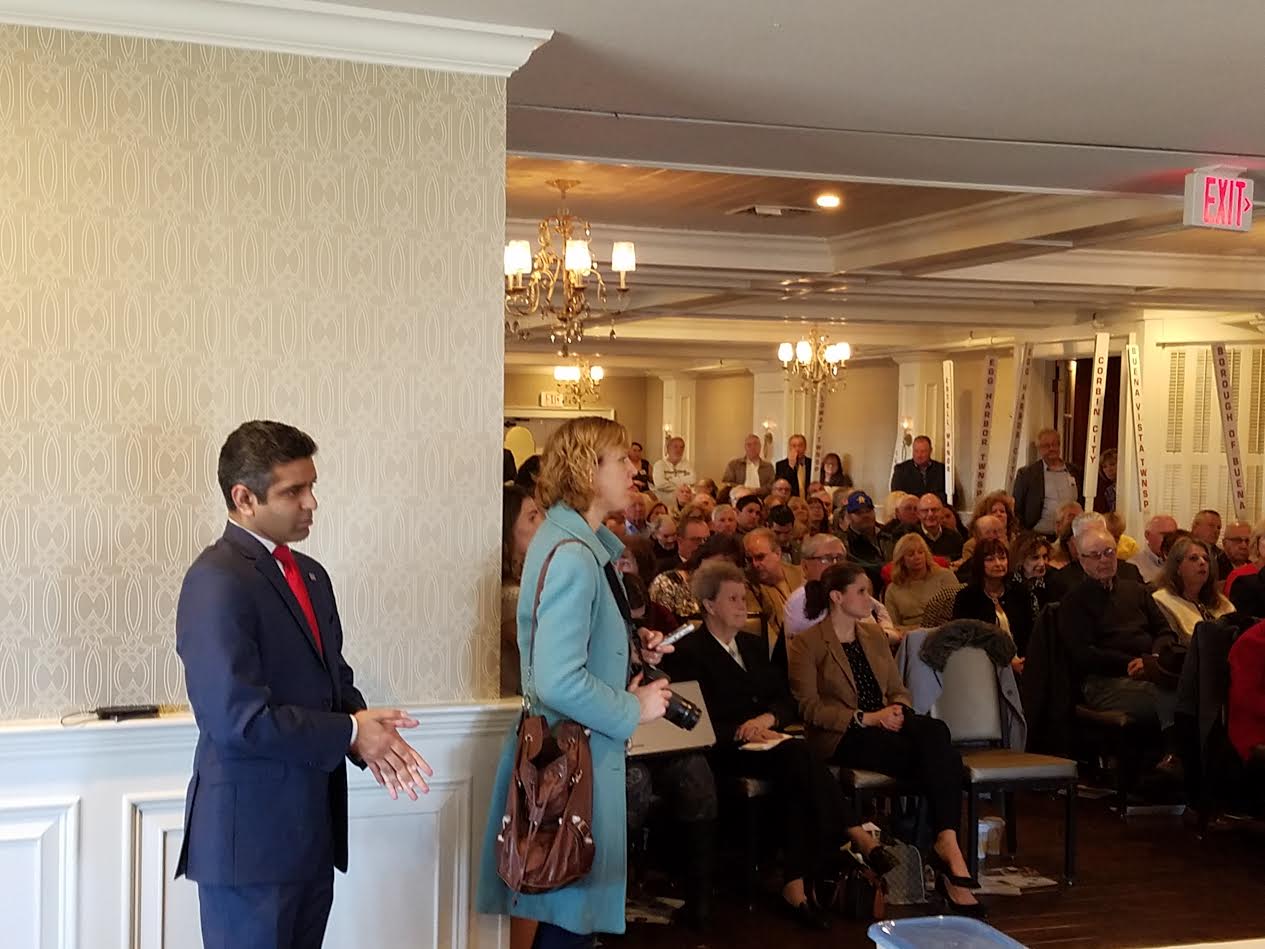 It was a solid victory albeit not unanimous.

The totals (on the second, winning ballot):

To avoid a run-off, the winning candidate needed 50% +1 on the first ballot.

In round one? Somers Point Engineer Brian Fitzherbert was eliminated as the first round’s lowest vote-getter. 137 (Galloway), Egg Harbor (95), and Hamilton Township (87) provided the largest blocs of votes for Singh.

Singh inched up in the second round as conventioneers began to coalesce around the  winner….