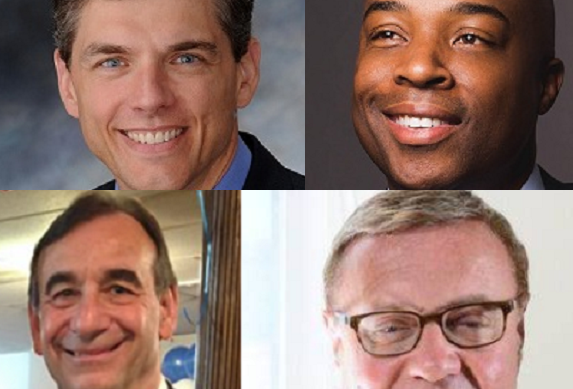 Tonight’s highly-anticipated Passaic County GOP screening committee vote has been postponed until next Wednesday, Save Jerseyans, in anticipation of today’s winter storm.

In 11, Jay Webber and Tony Ghee are the principle combatants. They’re fighting to decide who takes over for the retiring Rodney Frelinghuysen and faces off with presumptive Democrat nominee Mickie Sherrill in November. Ghee is heavily favored to win the Passaic line notwithstanding a major gaffe during the candidate comment phase given that Ghee’s backers include acting Passaic Clerk Walter J. Davison, the entire LD40 team including former clerk and current state Senator Kristin Corrado, and the possible next PCRO Chairman Peter Murphy. Murphy’s Totowa machine is a real factor in low-turnout Republican primaries; Murphy also controls the largest bloc of the 22 voter panel.

If Ghee gets the line? It keeps the race competitive.

If he doesn’t? Webber, whose LD26 home turf dips into Passaic County, is solidly ensconced as the front runner. Doesn’t mean it’s over; just means Ghee has to work hard to poach votes inside Webber’s district where he’s been the high vote-fetcher in recent legislative cycles.

The NJ-05 result may prove less dispositive of the ultimate result. Ringwood and West Milford represent only a relatively small portion of this sprawling Northernmost New Jersey district. A win for former councilman and attorney John McCann, who is battling career conservative activist and scorched-earth campaigner Steve Lonegan for the right to challenge Josh Gottheimer and recapture Scott Garrett’s old seat, might prove symbolically important since Lonegan has dominated the endorsement race (to date).

How much do endorsements matter? Debatable. Some more than others, to be sure.

But a win in Passaic might help McCann overcome the “Lonegan is ahead” narrative that’s become the prevailing conventional wisdom in observant state political circles. Sources say it’s winnable for McCann (as evidenced by the fact that Senator Corrado hasn’t picked a camp, publicly, to date).

So yes… the answer is that there’s a fair amount at stake next Wednesday once the snow (hopefully) stops falling. We’ll keep you in the loop.