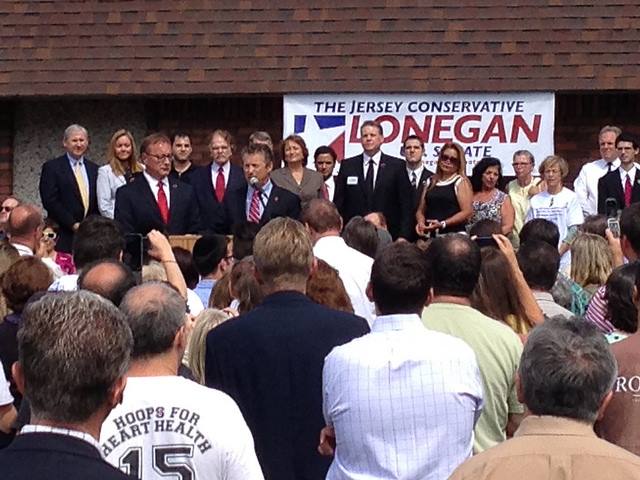 Steve Lonegan touted the endorsement of U.S. Senator Rand Paul (R-KY) on Wednesday, continuing a heavy emphasis on endorsements in his primary campaign for the NJ-05 Republican nomination.

Senator Paul campaigned with Lonegan back in 2013 during the latter’s unsuccessful run for U.S. Senate against Cory Booker.

“Over the past two decades, few have done more to spread the message of freedom and limited government in New Jersey than Steve Lonegan,” Sen. Paul said in a statement. “Steve has always been an ardent defender of the entire Constitution and Bill of Rights and is committed to transferring more of Washington bureaucrats’ power back to the American people. I hope you’ll join me in supporting his bid to defeat Rep. Josh Gottheimer in the Fifth District.”

Lonegan’s opponent for the GOP nomination is John McCann, an attorney and former Cresskill councilman; the victor will face off with Democrat House freshman Josh Gottheimer in the fall.