Seriously: Where Are Trump’s Nobel Prizes? 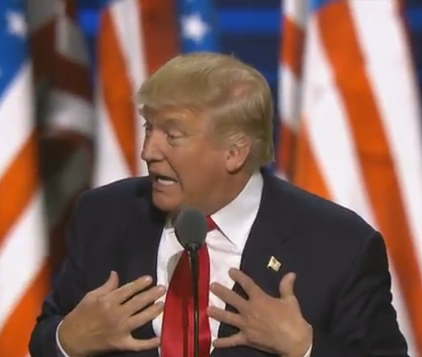 He didn’t do anything to earn it; the Nobel secretary has even (and remarkably) admitted as much. It was premature at best and baseless at worst. During Obama’s ensuing two terms in our country’s highest office, there’s an argument to be made that the world got a whole lot less stable and safe relative to the one he inherited.

To be fair? No one with expertise in international affairs can tell you what, exactly, the trajectory of this year’s historic rapprochement between North and South Korea looks like. Not without lying.

What is clear: the two Korean nations’ respective leaders meeting shaking hands, and traversing the DMZ from one side to the other and back again (!) this week is something we’ve never seen before, and only the most disingenuous anti-Trump hack could claim,with a straight face, that the U.S. President’s atypical hard line with the reclusive communist state didn’t play a key role in catalyzing the historic summit happening right now on the other side of the globe.

[Update: since this post was written on Thursday, we’ve learned that plans are in motion to formally end the Korean War.]

We’ll see where, if anywhere, this summit takes the two Koreas and the larger cause of world peace.

For now, I’ll quit beating around the bush and ask the question that’s burning on my mind:

Where is Donald Trump’s Nobel Prize?

First: Remember ISIS? Neither do I. The shockingly violent, ideologically radical rogue insurgent state is gone from the news for a reason… Trump’s military eradicated them.

Second: Don’t fall out of your seat. I am NOT saying he deserves one for Korea at this stage. I’d even go as far as to agree that yeah, it’s premature! But I’m not on the Nobel Prize committee; I’m simply applying the same purely aspirational rubric employed by the committee when they gave Barack Obama the world’s preeminent international relations award for… showing up?

The Donald’s firm peace-through-strength approach to North Korea’s provocations — meeting the culturally Medieval country’s bellicose behavior with contextually appropriate toughness — got both sides to the table. Why? Probably because Trump spoke a language disfavored by elitist diplomats but perfectly understandable in Kim Jong Un’s court, and the North realized it didn’t have any other choice at the moment than to play  nice. Whether they’re actually playing for time or seriously considering a change in strategy remains to be seen. My point is that MANY world leaders have gotten the Nobel treatment for far less. Like Obama.

Don’t take my word for it; South Korea’s president gave President Trump credit for the current talks back in January.

So yes, by any objective measure, Donald Trump should probably be in line to receive two Nobel prizes.

In Europe more so than even on our side of the Atlantic, adulation and recognition is earned from the Left not by actually accomplishing anything but by (1) checking the right boxes and (2) espousing the “right” narrative.

To the extent something as inconceivably difficult and elusive as world peace is achievable by humanity? The Nobel committee, and people who think like them, might want to reevaluate their world view and consider their own role in promoting the wrong people, and ideas, who stand as obstacles on the path to their ultimate goal.

1 thought on “Seriously: Where Are Trump’s Nobel Prizes?”