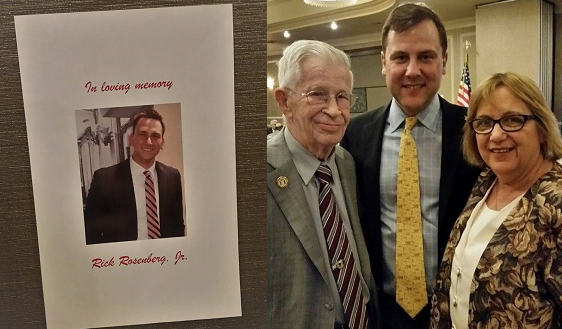 Almost one year later, Rick’s former friend and allies gathered at the Ria Mar Restaurant in South River on Thursday evening to celebrate the life of the Middlesex County-based rising star.

The event, designed to benefit the Rick Rosenberg Jr. Memorial Scholarship Fund, was co-hosted by the late operative’s mother, Monica, and Chris Russell of Checkmate Strategies, a close friend and colleague of the deceased.

Assembled guests swapped stories of Rick’s tenure in local and state politics which culminated with his 2017 campaign managerial position on the Ciattarelli gubernatorial campaign.

Russell has said the proceeds from this event and future Fund activities will benefit young men and women like Rick who are future aspiring New Jersey political leaders.