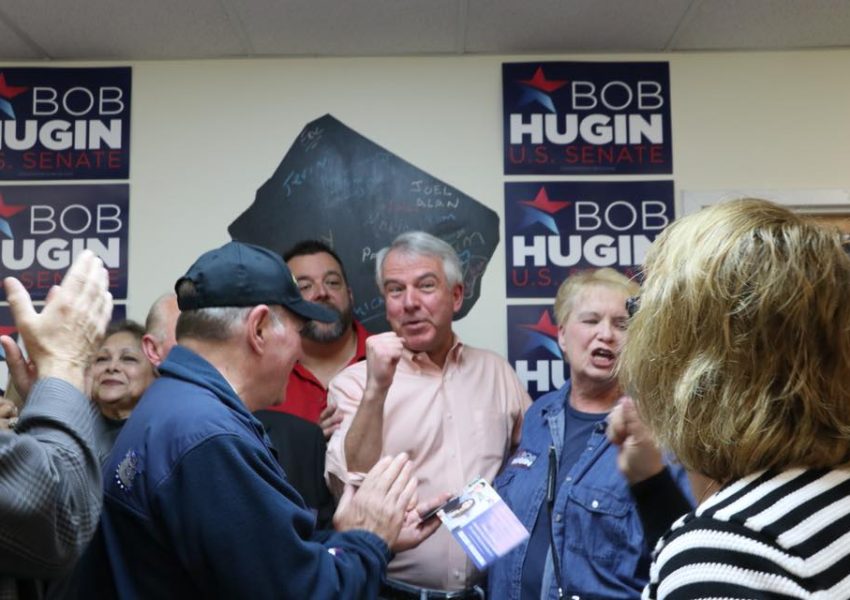 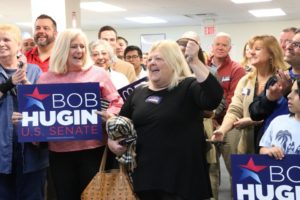 MOUNTAINSIDE, N.J. — With Primary Day 2018 only a little over one month away, presumptive New Jersey Republican U.S. Senate nominee Bob Hugin cut the ribbon on his official campaign headquarters this Saturday morning and welcomed an overflow crowd to the Mountainside storefront that will serve as the nerve center of his statewide operation.

Early public polling suggests a double-digit uphill climb for the former pharmaceutical company CEO and Trump 2016 convention delegate, but Democrat incumbent Bob Menendez’s rough week — punctuated by a rare formal (and bipartisan) admonition from the Senate’s ethics committee — infused the grand opening crowd with enthusiasm for both their candidate and  his chances.

“Both Democrats and Republicans that make up the Bipartisan Senate Ethics Committee have found that Senator Bob Menendez violated Federal law and ethics rules. He is an embarrassment to our state and it is time for him to resign,” said Hugin in the immediate aftermath of the committee’s letter dropping.

Hugin is a Marine Corps Veteran with a working class background whose self-made fortune, Republicans hope, can converge with Menendez’s ethics troubles to even the odds this November not just for Hugin but his hundreds of down-ballot Republican running mates in all 21 counties.