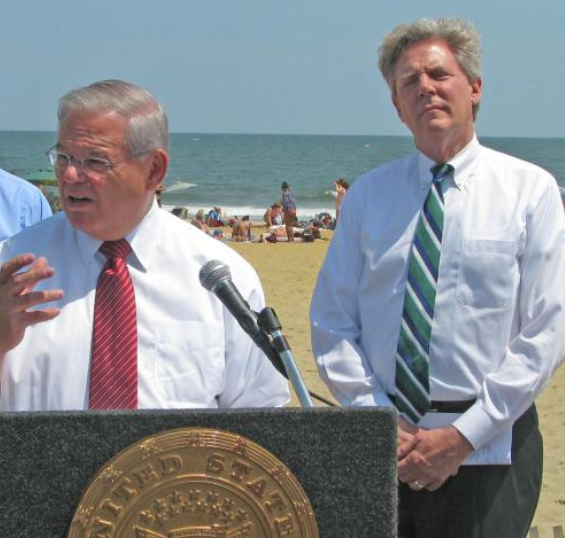 WASHINGTON, D.C. — Senators from both parties came down on Bob Menendez like a ton of bricks this week, Save Jerseyans, issuing a ‘severe’ admonition of Bob Menendez for an apparent  gifts-and-favors relationship with a friend and donor Dr. Salomon Melgen (who was subsequently convicted of Medicare fraud) which resulted in an indictment and ended in an inconclusive mistrial.

Wouldn’t this be the time to set aside partisanship and speak out AGAINST Menendez in order to put “country ahead of a party”? A refrain we’ve heard many, many times from House Democrats in reference to President Trump?

Nope. At least not in the Soprano State.

“Speaking of fighters for Jersey!” freshman Josh Gottheimer crowed as his fellow Dems voiced approval for the corrupt Senator.

Not one of the five New Jersey Democrats in attendance was willing to utter a single word of condemnation, or even disappointment, for a man who, “[d]uring the same time period in which you [Menendez] accepted these gifts, you [Menendez] used your position as a Member of the Senate to advance Dr. Melgen’s personal and business interests. “

THIS is why you can’t afford to live in New Jersey, my friends. You continually and regrettably elect people who are more concerned about enriching themselves — and protecting each other when questions arise — than helping you and your family. The grim results are painfully predictable.