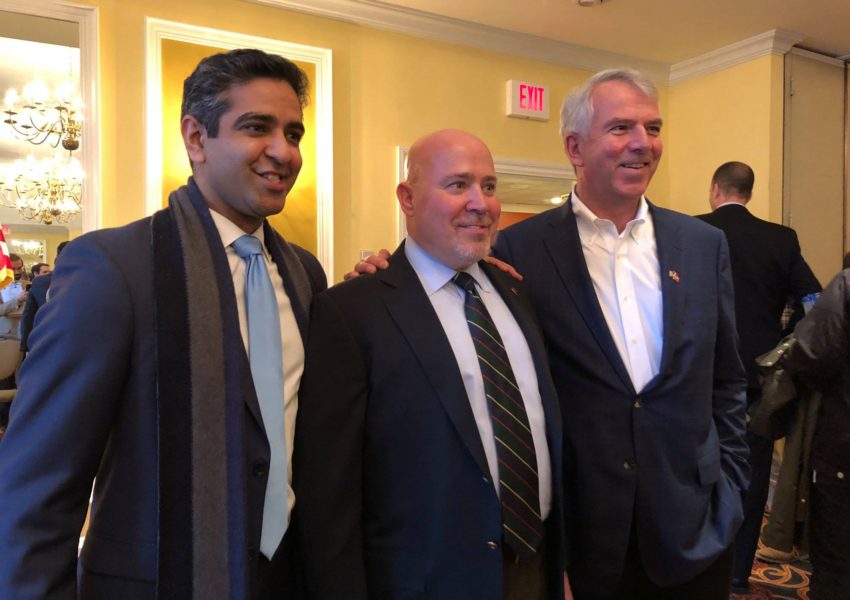 But it’s not Van Drew, an incumbent state senator who is rapidly tracking left in pursuit of his party’s nomination, who is garnering the most attention from the Singh campaign this week, Save Jerseyans:

“In light of the Senate Ethics Committee report, it’s clear that Senator Bob Menendez broke federal law and completely abused his position as senator when he should have been serving the people,” the candidate shared through his campaign Facebook account this week after U.S. Senator Bob Menendez received a strongly-worded bipartisan admonition from his Capitol Hill colleagues on the ethics committee. “Jeff Van Drew should join me in standing up for the people of South Jersey and demand Menendez’s resignation.”

Singh’s broadside could be a sign of things to come on the trail throughout the general election notwithstanding how extremely unlikely a Menendez resignation is at this juncture.

The Second Congressional District has been represented by a Republican for decades, plural, and is still technically a marginal GOP seat per the popular Cook Political Report index, but like many blue state swing districts it’s considered ripe for a Democrat pick up this November.

New Jersey Republicans — hoping to stem the alleged ‘blue wave’ in districts like NJ-02 and NJ-11 — also hope the ethically-challenged Bob Menendez’s position atop the Democrat ballot this November is a net loser for candidates like Van Drew running in normally challenge territory.

Menendez, for his part, hopes to keep his outsized Democrat base in line by playing the Russian card. Lame? Sure. But it’s tailored to his audience.

The good news is that, for once, the GOP may have a real opening if they play it right.

According to a recent Monmouth University poll which found Menendez ahead of his likely November opponent Bob Hugin by 17-points state-wide, “15% of all registered voters prefer Menendez for Senate and are unaware of his legal troubles,” including a bribery indictment which ended in a mistrial and this week’s formal admonition, and “[j]ust over half of this group say they are less likely to support the incumbent after hearing this information which provides an opening for Hugin to pick up some support.”

The hopes of Singh and others could therefore hinge, some GOP strategists believe, on making sure as many persuadable/soft Republicans and independents as possible know about Bob Menendez and his allegedly criminal but objectively unethical and sleazy exchange of gifts and favors with a Florida donor and ally which, according to the Senate committee admonishing Menendez, crossed a serious line even if a jury was unable to reach a verdict. Firing up the base is crucial, too, in any cycle and especially one without a presidential race.

“[…] the Committee is aware that you have described Dr. Melgen as your closest friend and ‘brother,’” the Committee’s letter released earlier this week explained, “but this makes your assistance to him no less troubling. Your Senate office and its attendant resources and power are not personal to you. Senators must closely guard against even the appearance that their families or friends are entitled to use these resources and power for their own personal gain.”

Most New Jersey Republicans can therefore be expected to continue to beat the Menendez drum over the next several months (unless and until Menendez’s position weakens to the point where Democrats pull a Torricelli).

“Republicans and Democrats cannot agree on which way is up and which way is down, but yesterday they were able to come together and agree that Bob Menendez is corrupt and issue him an official admonishment,” said NJGOP Chairman Doug Steinhardt on Friday. “Menendez has lost the respect of the institution of the Senate and his Senate colleagues. The NJGOP calls on our Democrat counterparts at the New Jersey Democrat State Committee to join us in restoring honor to New Jersey’s U.S. Senate delegation by calling on Senator Menendez to resign.”

The key for Republicans like Hugin and Singh (in my opinion) will be to not just “disqualify” Menendez but also tie Menendez’s profligate “let them eat cake” attitude, and his supported far-left economic policies, to the affordability problems ravaging New Jersey’s once prosperous Middle Class. In other words: PERSONALIZE the crime.

Too many voters are, perhaps somewhat understandably, desensitized to poor behavior in isolation. But when you can figure out how to directly put it in the context of a pattern, and relate it to that uncomfortable light feeling in their wallets and pocket books?