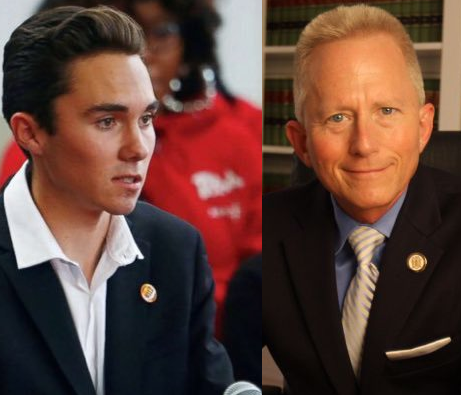 Jeff Van Drew (D, NJ-02) is sprinting to the Left ahead of this year’s 2nd Congressional District Democrat primary, Save Jerseyans, abandoning a feigned but carefully crafted “moderate” persona developed over the course of many years in Trenton.

And when you quite obviously stand for nothing?

People are going to start calling you on your bullshit.

This Saturday, Hogg singled out Van Drew via his well-followed Twitter account for a relatively pro-Second Amendment record over the course of his state legislative career:

Remember both Democrats and Republicans take #NRABloodMoney Just look up New Jersey state senator @JeffVanDrew, he’s a Democrat with An A rating from the NRA.

“Remember both Democrats and Republicans take #NRABloodMoney,” Hogg tweeted out to his nearly 800,000 followers. “Just look up New Jersey state senator @JeffVanDrew, he’s a Democrat with An A rating from the NRA.”

Of course, not every liberal — or liberal interest group — is looking as closely at the inconsistencies in Van Drew’s public presentation, or at least they don’t all seem to care.

Again, it’s a real tightrope walk for Van Drew. His base (represented by Hogg) is moving hard-left these days, but Van Drew’s sprawling, largely-rural district is loaded with military veterans and sportsmen, and it’s long been represented by a pro-2A Republican.

Best of luck to him. Maintaining a malleable set of principles without consequences is difficult work even under normal conditions!