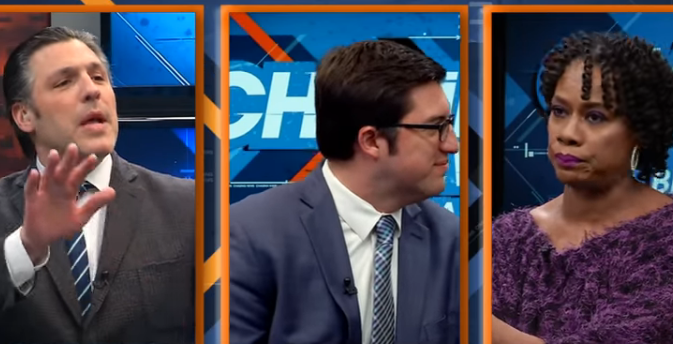 TRENTON, N.J. — The NYPD came under fire last week after a reportedly bipolar Brooklyn man, wielding a pipe that looked very much like a revolver, pointed the pipe at civilians and police officers before being fatally shot by the responding officers.

Some of the police department’s critics are playing the race card, but most saw reasonable justification based upon the available footage.

On Friday, Save Jersey Blogger-in-Chief Matt Rooney joined the Fox29/My9 Chasing News Team live in studio to break it all down and inject some sanity into the analysis:

“He was in one of the most populated parts of the world with what looked like to everybody, clearly, some kind of revolver. Had they not shot this man, and had he actually had a gun, the damage he would’ve done… oh my God… in addition to the gun control argument that would’ve ensued, we would’ve all demanded to know why law enforcement hadn’t done anything,” said Rooney.