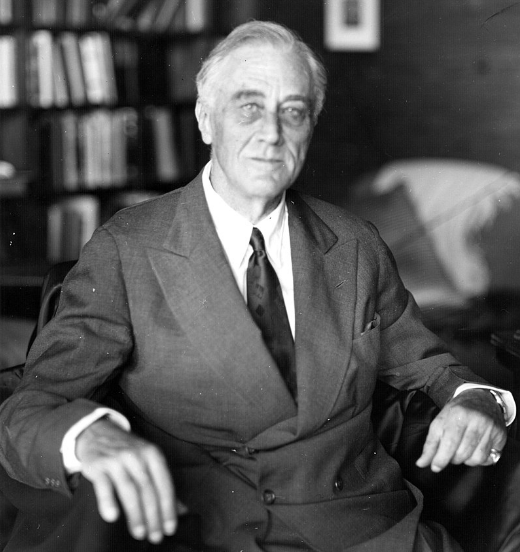 Phil Murphy has agreed to a gigantic payout to the New Jersey CWA, Save Jerseyans, the state’s largest public employee union and his political ally, despite publicly admitting that he had no idea of the price tag at the time he announced a deal.

Only in New Jersey, right?

Perhaps that’s because we’re one of the few remaining states which refuses to address the problem of public sector unions head-on as other states like Wisconsin have begun to do in recent years.

Something worth remembering: the Democrats’ relationship with public sector labor (to be distinguished from the trades, like carpenters and iron workers) isn’t just a continuing problem for taxpayers; it’s also additional proof that it’s the Democrats — not the Republicans — who have sprinted to the ideological fringe in recent years.

Consider, for example, how it was none other than Franklin D. Roosevelt — the Moses of modern “progressive” Democrat politics — who warned Americans AGAINST collective bargaining for public employees.

Way back on August 16, 1937, while the U.S. was in the grips of the Great Depression, FDR authored this letter to Luther C. Steward, then president of the National Federation of Federal Employees.

“All Government employees should realize that the process of collective bargaining, as usually understood, cannot be transplanted into the public service,” FDR wrote to Steward. “It has its distinct and insurmountable limitations when applied to public personnel management.”

Then he said this:

“The very nature and purposes of Government make it impossible for administrative officials to represent fully or to bind the employer in mutual discussions with Government employee organizations. The employer is the whole people, who speak by means of laws enacted by their representatives in Congress. Accordingly, administrative officials and employees alike are governed and guided, and in many instances restricted, by laws which establish policies, procedures, or rules in personnel matters.”

In other words: collective bargaining in the public sector is undemocratic.

That’s according to the 20th century’s most celebrated Democrat president!

FDR wasn’t an aberration. In 1955, A.F.L.-C.I.O. President George Meany famously quipped “[i]t is impossible to bargain collectively with the government.” It wasn’t until Wisconsin, in 1959, when collective bargaining became a thing for public employees. Decades would pass before Wisconsin voters realized their error and, under the leadership of Republican Governor Scott Walker, successfully moved to rein in their unions.

It’s not hard to see why they did.

When a private sector union strikes? Their beef is with their private employers.

When a public sector union strikes? Their beef is with the… taxpayers.

Historically, Democrat leaders changed their tune from what FDR believed only when union dues spiked and the potential for political alliances presented themselves. Public sector union leaders in places like New Jersey –e.g. the heads of the CWA and NJEA — can cut deals with elected officials like Governor Murphy coerced by taxpayer subsidized dues and a promise to share the loot with Murphy by way of political assistance come election time. And if the candidates don’t cooperate? The NJEA spend millions here in New Jersey to get its way and, in 2017 alone, spent $10 to $12 million to defeat Senate President Steve Sweeney (a Democrat) for publicly defying them.

Laws are crafted based upon what’s best for the unions, not for the people working both inside and outside of the unions. Public sector unions lobby against the taxpayers’ best interest with the taxpayers’ own money.

Union leaders feel, and act, as if they’re invincible as evidenced by those stomach-churning undercover NJEA video captured by Project Veritas.

It is institutional corruption at its most naked and dangerous (and expensive).

A pending U.S. Supreme Court decision in Janus vs. AFSCME could solve New Jersey’s problem for it, forcing reforms here which Wisconsin voters took into their own hands.

We’ll do the same, with or without SCOTUS doing our dirty work for us OR the Democrat Party waking up and realizing it’s gone off the deep end.