FDU POLL: Menendez in trouble as Hugin pulls close to even 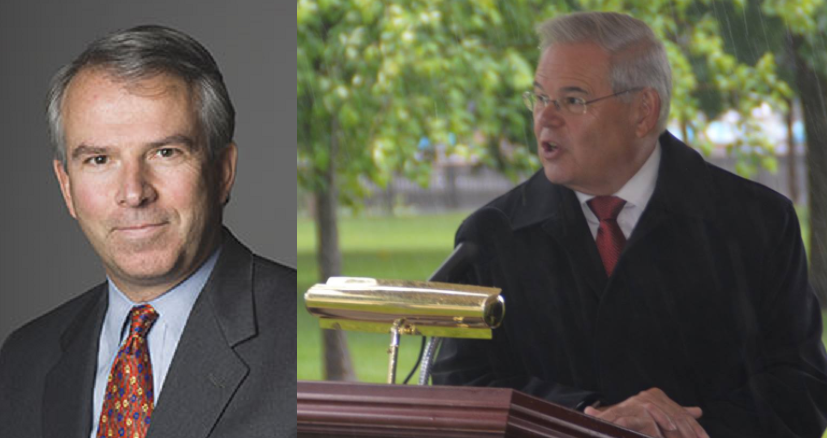 So we may have an actual, honest to goodness race on our hands, Save Jerseyans.

“Senator Menendez’s recent federal trial and bipartisan censure by his Senate colleagues are clearly taking their toll. It’s not uncommon for incumbents to cruise to reelection, but these numbers suggest he’s going to have to woo voters like he hasn’t had to in a long time,” opined Krista Jenkins, director of the poll and professor of political science at Fairleigh Dickinson University.

Other recent public polls have shown Menendez with double-digit leads over Hugin, a newcomer to electoral politics, but one recent result in particular showed Menendez with a very weak approval rating and plenty of room for Hugin to operate.

New Jersey’s senior Democrat senator narrowly escaped a federal corruption conviction thanks to last year’s mistrial but, since then, a bipartisan committee of his U.S. Senate colleagues “severely” admonished Menendez for his unethical relationship with a Florida eye doctor who donor who was himself later convicted of massive Medicare fraud.

Something besides Menendez’s ethics woes that’s unique to this 2018 contest? Hugin, the well-heeled former CEO of Celgene, a pharmaceutical company, has already spent $4 million on television.

“It’s no surprise the race has tightened. When given the choice between a proven job creator and former Marine like Bob Hugin, and a corrupt ineffective career politician like Bob Menendez, voters will continue to move steadily in our direction,” said Hugin Communications Director Megan Piwowar. “Our campaign is encouraged by the momentum so far, and Bob looks forward to continuing to meet with voters all across New Jersey to discuss how we can bring positive change and bipartisan problem-solving to Washington.”