The Case for Merit-based Solidarity 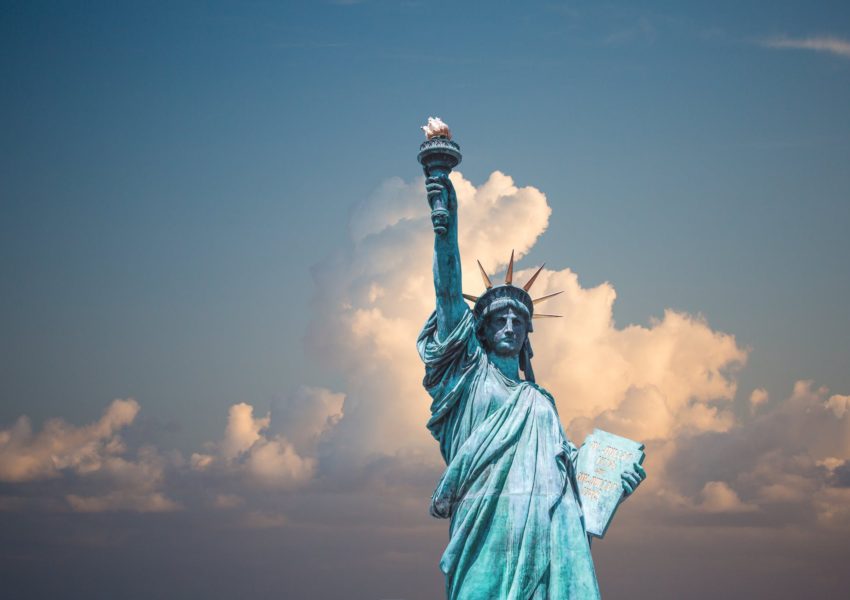 “Solidarity forever – for the union makes us strong,” go the lyrics of the world’s most iconic union anthem. When Ralph Chaplin wrote that song in 1915, just as the infamous West Virginia coal wars were boiling over, American workers were quite literally under existential assault by management. Every union leader in the country had a singular focus on improving working conditions for working men and women: workplace safety, fair pay, and workforce justice in general.

A lot has changed since then.

In 1983, the first year the Bureau of Labor Statistics began tracking union membership, more than 20% of Americans belonged to a union. Since then, the number has fallen to about 10 percent.

There is no shortage of explanations as to why unions are in decline: The Supreme Court, Right-to-work laws, Regulatory rollbacks, GOP attacks, the demise of U.S. manufacturing, Expanded government, and Cultural changes. 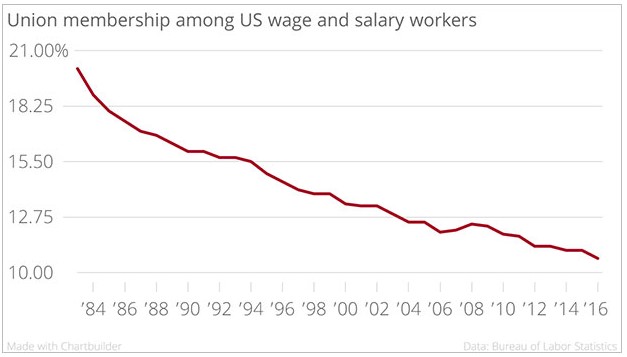 All of these changes in the American landscape may have played a role in dwindling membership, but as a local union leader who has spent years representing working men and women, I believe there’s a much more straightforward explanation: too many public labor leaders have lost sight of their mission. Put simply, they stopped delivering anything of value to their members. Somewhere along the way, they just stopped caring about their brothers and sisters.

Perhaps it’s time working my brothers and sisters rethink the notion of blind, lockstep solidarity and instead embrace a new paradigm in which a commitment to unity of action must be earned rather than assumed.

In the coming weeks, the U.S. Supreme Court is expected to issue a ruling on what is perhaps the most important labor case in a generation, Janus v. American Federation of State, County and Municipal Employees (AFSCME). Mr. Janus is a public sector employee in Illinois who refuses to join the union because he believes it is too political and too ineffectual, and he objects to compulsory “shop fees” that are involuntarily drawn from his paycheck. If the Court rules for Janus, shop fees will be invalidated in 22 remaining non-right-to-work states.

Some labor analysts believe a pro-Janus ruling will obliterate public labor unions by depriving them of a big chunk of their income.

It may turn out that the analysts are correct in their dire predictions. But it doesn’t have to be that way. As long as public labor unions concern themselves with improving working conditions for men and women, there will be demand for their unique services.

Unfortunately, my experience as a local union leader tells me there’s a lot that needs to change in order to rebuild lost trust with rank-and-file membership. Here are four specific examples:

Financial Mismanagement. Elected and non-elected AFSCME officials in New Jersey arbitrarily decided to divert hundreds of thousands of dollars on the construction of a banquet hall paid for by dues. When rank-and-file questioned the expenditure, labor leaders used parliamentary procedures to shut down the line of inquiry.

Failure to Offer Assistance. When we requested assistance from New Jersey District Council 71 in helping to re-negotiate the terms of a three-year contract with the municipality of Lakewood, council leaders never showed up. Weeks passed, then months – four months, to be precise, –before anyone showed up. By then we had been forced to negotiate the contract ourselves. Local unions rely on the negotiating expertise of council leaders because they have the wherewithal to research market salaries, federal and state labor law compliance, and proper contract language, among other things. But all the institutional knowledge and expertise in the world doesn’t make a difference if they don’t show up.

Lack of Transparency. A year ago, AFSCME International came into New Jersey and notified all the local union shops that district council leadership was being terminated. They didn’t offer an explanation, but rumors were rampant that the widespread financial mismanagement was the cause. When my AFSCME local requested five years of independent third-party audited reports (as opposed to internal audits) pertaining to District Council 71 financials, our request was denied. When we persisted, they became aggressive by threatening lawsuits and eventually seizing administrative control of our local council.

Obsession with Politics. My local council urged the district council to focus on strengthening the NJ council system in order to have consistent standards across the state – something that we believe is critical for uniformly negotiating better salaries, providing professional development, educating workers on their rights, and communicating relevant news to public employees. But time after time, we found that union leadership was concerned with one thing to the exclusion of everything else: the election of Democrats to New Jersey Government.

There have always been public labor leaders who have cared more about self-enrichment, personal politics, and holding onto power than the welfare of their brothers and sisters. But there has never been a time in my lifetime when so many self-serving individuals have held the reign of power in American public labor unions.

Unless that changes, unions will continue to lose membership, clout, and relevancy.

As someone who believes wholeheartedly in the value of labor unions, I hope that for the sake of workers everywhere, labor leaders will commit themselves to earning rather than assuming worker solidarity.

Michael Thulen is a Borough Councilman in Point Pleasant, New Jersey and the President of AFSCME Local 3790.

Michael Thulen is a Borough Councilman in Point Pleasant, New Jersey and the President of AFSCME Local 3790. Read Full
More posts by the Author »