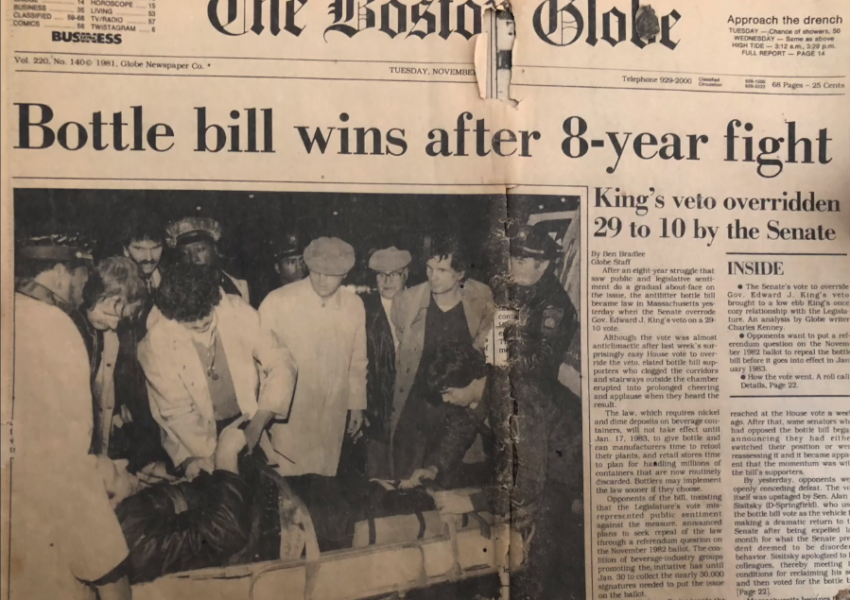 HACKETTSTOWN, N.J. — A Friday afternoon Republican debate on WRNJ Radio out of Hackettstown got ugly quickly and never quite recovered, Save Jerseyans.

That’s no surprise. The tenor of this year’s NJ-05 GOP congressional primary race has been hyper-personal from start to finish.

During the debate, John McCann said his primary opponent Steve Lonegan had “lost all these races by lying,” referring to Lonegan’s long history of seeking — but failing to obtain — high offices ranging from governor to U.S. senator to congressman (most recently vs. Cory Booker and Tom McArthur). Lonegan countered that McCann is both “a liar” and “a fraud.” 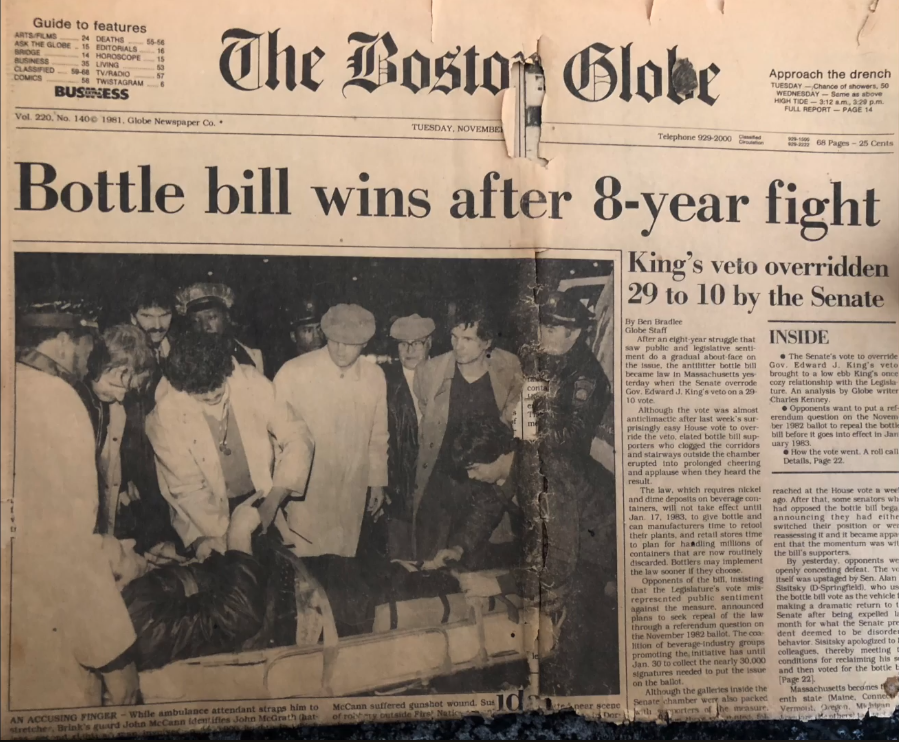 The charge which got passions boiling the hottest? Lonegan said McCann was specifically lying about his father being shot by a terrorist, a story which McCann includes on his campaign page.

“What a scam,” said Lonegan. “Your father was not shot by a terrorist,” and McCann jumped in right away; a shouting match ensued on live radio. Oh, politics! You’re never boring.

Here’s the story: way back in 1981, McCann’s father was a guard working for Brinks (the famous armored car company) when he was shot during a holdup in which approximately $150,000 was stolen. According to the caption for the Getty image used on the Globe cover? “While an ambulance attendant straps him to a stretcher, Brink’s guard John McCann identifies John McGrath (hatless, second right) as a man involved in $150,000 holdup of a Brink’s truck in which McCann suffered a gunshot wound. The suspect was arrested near the scene of the robbery outside First National Bank’s fields Corner office in Dorchester, Mass. A second suspect was sought.”

“Today, Steve Lonegan attacked my father who was shot by a left-wing domestic terrorist on November 16, 1981,'” McCann shared on social media Friday after the radio debate. ‘Steve called me a liar and that it never happened. Below is a caption and photo of my father on the front page of The Boston Globe from November 17, 1981 — the day after he was shot — and Steve’s own words. Steve — insulting my father is not politics, it’s personal. You should be ashamed of yourself.”

First off, McCann’s father was unambiguously shot in Dorchester, Massachusetts. That much is clear from the public record. We don’t need to discuss it.

The second part — the domestic terrorism accusation — remains much less clear and, perhaps, open to interpretation.

I did a ton of online research, even seeing if there was contact information out there concerning the suspect and where he might be today, and found precious little about the suspect at the time (there may’ve two or more suspects involved, by the way, but it looks like only one was ultimately charged: John J. McGrath). McGrath was ultimately acquitted on all but one charge — receiving a stolen car — after a trial in which McCann testified: 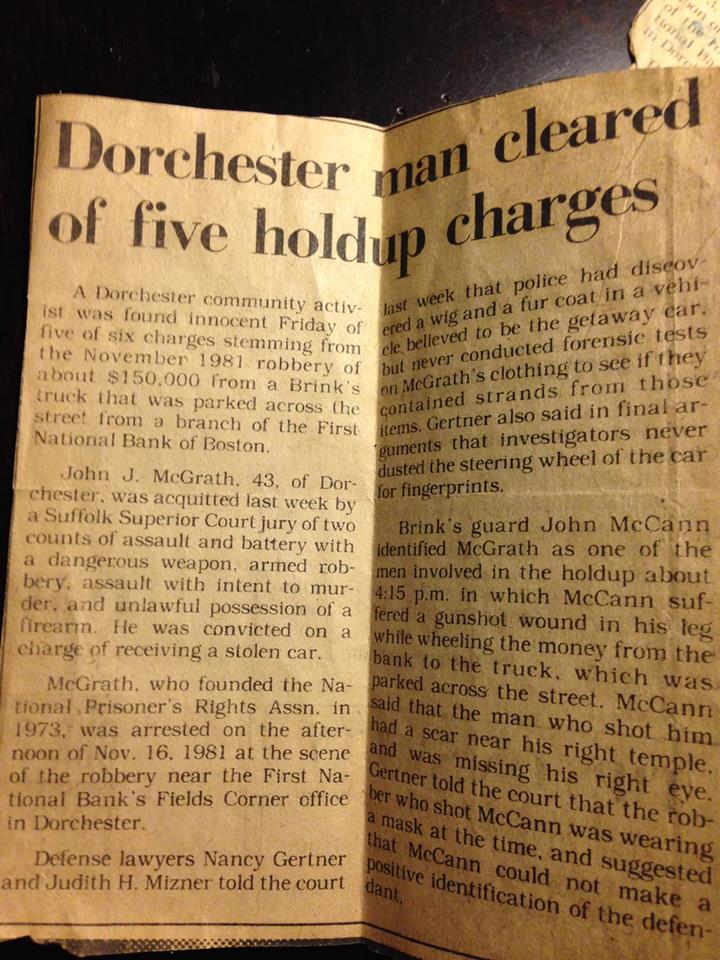 Candidate McCann did point me towards one article from 1973 which ran in the Harvard Crimson recounting how a man named “John McGrath” (identified as affiliated with the “National Coalition for Correctional Change”) and another individual, listed as head of the aforementioned “National Prisoners’ Rights Association,” both identified as ex-convicts, lobbied Harvard students to support the construction of halfway houses.

“The government gives away all its money to Boston University. Harvard University so that all the intellectuals do research here but they never apply anything to society. They talk about peace. Well, if they don’t do anything at home first, we’ll just have to wake them up. Maybe we’ll have to burn some girl here in Harvard Square,” McGrath reportedly said.

The Harvard event took place several years before the Dorchester incident. Unfortunately, McCann said his father (now in his 80s) doesn’t remember much. I couldn’t find anything else online about John McGrath or his organization(s). It’s probably fair to assume that it’d be an incredible coincidence for these referenced John McGraths to be different men, both from Massachusetts, both community activists repping prisoners’ rights in the same year (1973) cited in the newspaper article above as McGrath’s group’s founding date but, again, there frustratingly isn’t much out there in the digital ether. We cannot assume anything.

A further complication? The term “domestic terrorist” wasn’t popularized until over a decade later when Timothy McVeigh perpetrated the Oklahoma City bombing. To be 100% clear: I couldn’t find anything linking McGrath or his organization(s) to domestic terrorism.

[An unrelated but interesting historical aside: one his McGrath’s two attorneys, Judith Mizner, later represented the Boston Marathon Bomber.]

Congressional Candidate McCann’s personal account (we spoke about it on Saturday): he remembers meeting with FBI agents and assorted law enforcement along with his family during the Dorchester Brinks shooting investigation phase.

Here’s the important part: during those meeting(s), McCann alleges that the FBI discussed with his family a possible link between the Brinks robbery’s suspects (remember: there were allegedly more people involved than just the charged suspect) and a front group for the infamous “Weather Underground,” a well-known far-left radical group from the Vietnam era. Interestingly, only a few weeks before McCann’s father was shot, there was another Brinks robbery less than four hours away in Nanuet, New York. So-called “Black Liberation” figures and members of the Weather Underground were allegedly involved in that attack.

Compelling timing, perhaps, but this was 37 years ago, and there isn’t really anyone around at the FBI to ask about it. I couldn’t connect the dots through the scant available newspaper articles uploaded to the Internet. Was the FBI sure of a link? Or was it just an operating theory, particularly in light of the close proximity between the November ’81 Dorchester Brinks heist and the October ’81 New York Brinks robbery? I do believe McCann doesn’t think he’s making it up. He says what he was told scared him so badly that he went out and got a gun permit, beginning a lifetime appreciation for the Second Amendment. All the same, I couldn’t find any evidence out there that law enforcement or anyone else ever confirmed a link.

Candidate McCann also says someone fire bombed his father’s car shortly before McGrath’s trial. Bombings were a go-to terror tactic of the so-called “weathermen” but again… not much out there. And by not much I mean nothing. If there was an article about the bombing, I couldn’t find it.

So yes, Save Jerseyans, I’ve got more questions than answers (as is often the case with any good crime mystery). Without a definitive link, all we can say is that John McCann’s father (1) was absolutely shot in the line of duty as a Brinks guard, and (2) a man who appears to have been involved with leftist prisoners’ “rights” group(s) was accused and tried but acquitted on most of the charges.

Here’s the audio of Lonegan and McCann’s radio exchange on the topic: